Posted on November 14, 2015 by Kenneth Udut Leave a comment 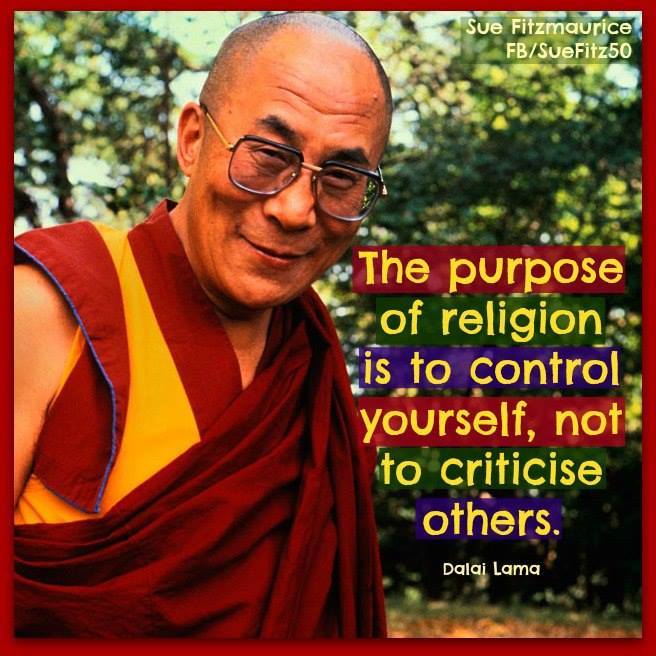 Yup. When done right, that’s the point. Learning self-control. Some do it better than others. It’s not that religions are _required_ – there’s other methodologies available as well.

But if you are constantly rising to anger, you’re not practicing your religion properly.

If you got a religion, practice it. If you don’t, find some other method for self-control. There’s enough angry people in the world. Why add to the fire? Be water.