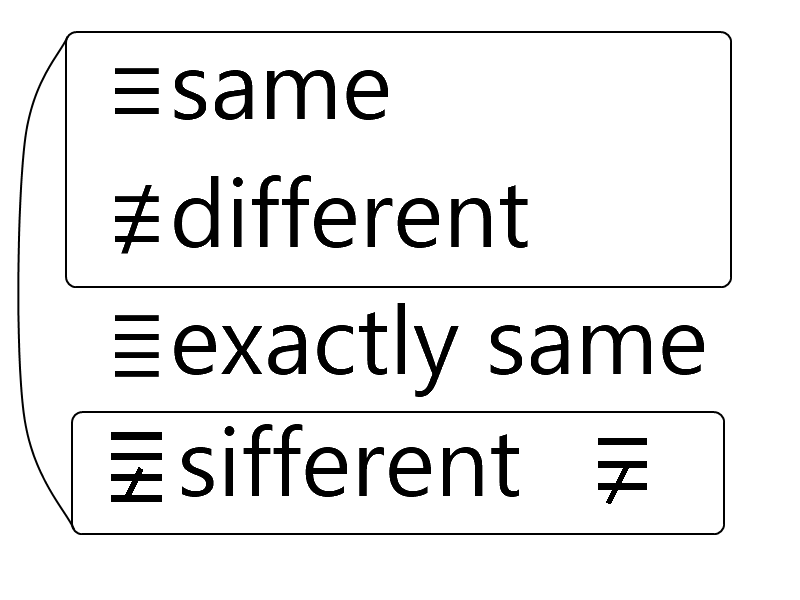 There’s an exception to every rule, including this one. Sifferent, for use by all, by Kenneth Udut.

Most things that are the same are really a little different and things that are quite different have at least some things in common, making them a little the same. Both the same and different. Either the same or different. It all depends on your perspective. If it’s not entirely interchangable, its sifferent. As soon as you have an “if” or an “if and only if” or some kind of conditions or contexts or “in this case” – they belong in the sifferent category. When we’re young, we’re taught “same” vs “different”. It’s useful for many things, usually for counting/mathematics. If you treat things the same, you can group them together and treat them as if they are one thing. Apples. Bananas. But even when we are young, we see that things that are the same are also different. Different shapes, different sizes, different levels of ripeness or even “this one is on this side of the page, and this other one is on that side of the page. They look the same but they are in different places, so they’re different AND the same.” Typically that viewpoint is not rewarded. Same is same, different is different and there is no overlap – that’s how we’re taught.

Strict, unyeilding categories of “Same and different” leads to stereotyping and prejudice and categorizing people as well as things. Higher minds figure it out even young; we’re all different and also the same – that there are exceptions to every rule. Lesser minds believe the compartments “EITHER same OR different”.

No English word captures that. Until now. 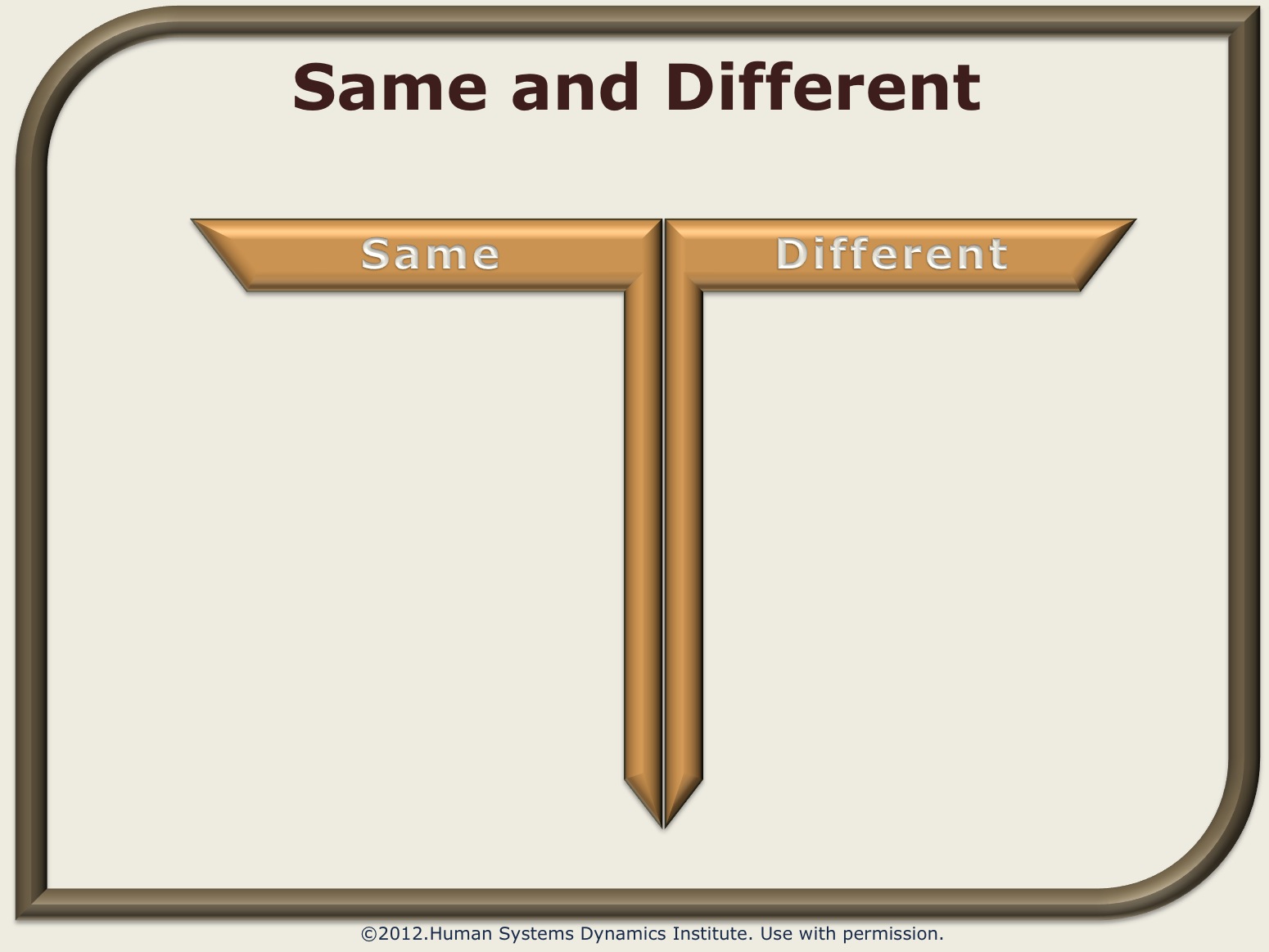 This worksheet from Human System Dynamics is a very simple and powerful tool for resolving one of the most difficult things humans deal with: disagreements and misunderstandings between fellow humans.

I looked through Mathematical Symbols that could indicate things that are both same and different, for an opposite to “strictly equivilent to”. No single symbol captured them all. I could have used !=== but it doesn’t capture the fundamental concept.

Mathematics is beautiful and extraordinarily useful but it operates under a Closed World Assumption. Most systems of logic do as well, although not all. See Wikipedia for definition.

Note: Even two things that appear to be identical in every which way – electrons are a wonderful example, are sifferent. Even when there is superimposition, there is still a distinction. Quantum superimposition is a fantastic example of sifferent that goes beyond human psychology straight into something that should not confuse us at all, but does. It behaves like a wave when unobserved and behaves like a particle observered. Sifferent.

Alternate wording: Is it the same or different? Well, it depends. If they’re not STRICTLY EQUIVALENT, they’re sifferent: A concept that’s only a paradox if you believe that the context you use (your perspective or the one of your chosen field) is the ONLY valid one. (CLOSED WORLD ASSUMPTION)

There is more to come, including animations. This is just stage one. 7/28/2014 Kenneth Udut – I’m easy to find online. Contact me if you like.