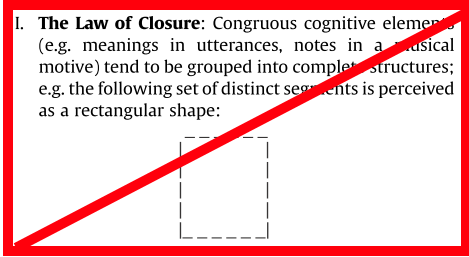 Ecthlipsis, Elisio The omission or elision of letters or syllables for the sake of poetical metre

Ellipsis, Defectus Omission of a word or short phrase easily understood in context

Enthymeme, Conclusio Truncated syllogisms typical of ordinary discourse, e.g. “trust him not, for he is a pagan”

Metonymy, Hypallage, Reference to something or someone by naming one of its attributes,

Denominatio e.g. “the pen is mightier than the sword”

Period, Circumductum Whole periodic sentence characterised by the suspension of the completion of sense until its end (cf. German & Latin)

Synecdoche, Intellectio A whole is represented by naming one of its parts or vice versa, e.g.“the police came to my door”

From: A classification of classics. Gestalt psychology and the tropes of rhetoric, Giorgio Baruchello