Posted on November 29, 2021 by Kenneth Udut Leave a comment 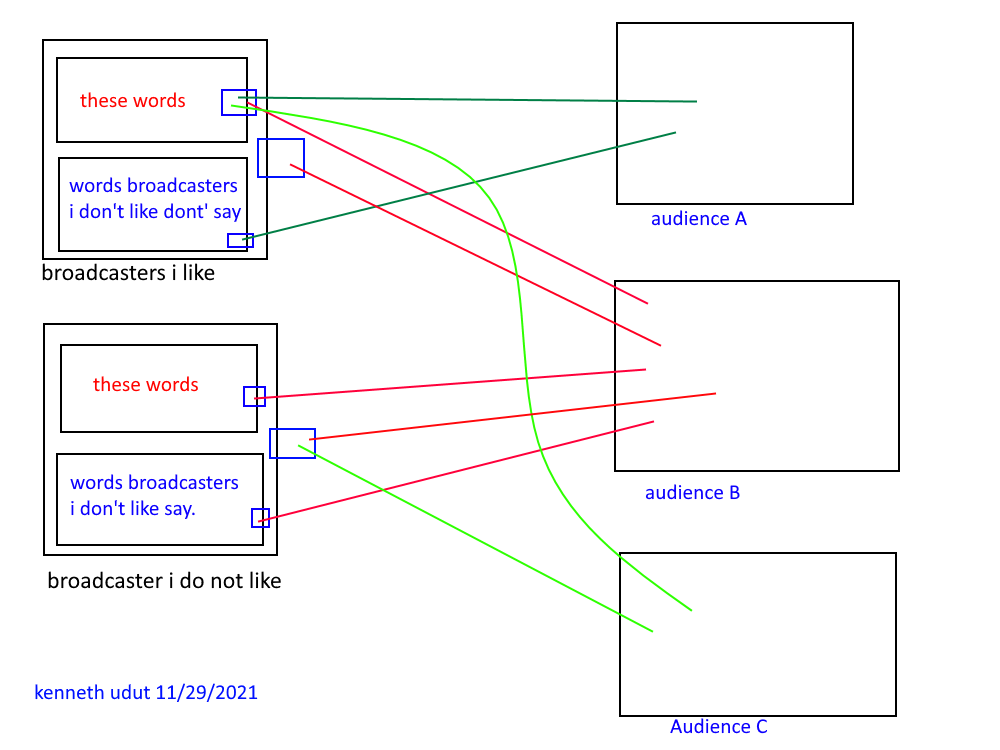 Remove the labels and it’s easier to see what’s happening here.
“Broadcasters I like” are be the three mentioned at the top of the post.
“Broadcaster I don’t like” would be the far-right broadcasters who are unnamed but assumed.
Audience A would be those who are fans of the three mentioned. They hear the specifics of the messages but are disconnected from the “whole package”: they can’t see their impact.
Audience B would be the group being criticized here. They see both the messages AND how they are being received. They make the connection that when words are shared among difference broadcasters, they are also advocating for things they do not say, regardless of whether “oh they didn’t mean it that way” or not. You have to EXPRESS the nuance if you INTEND the nuance.
Audience C would be the audience for the far right broadcaster. They hear the whole message of the far right broadcaster and ALSO hear only the words from the “broadcaster I like” that match up.
This is how audience A and audience C become connected.
–