Posted on January 2, 2017 by Kenneth Udut Leave a comment 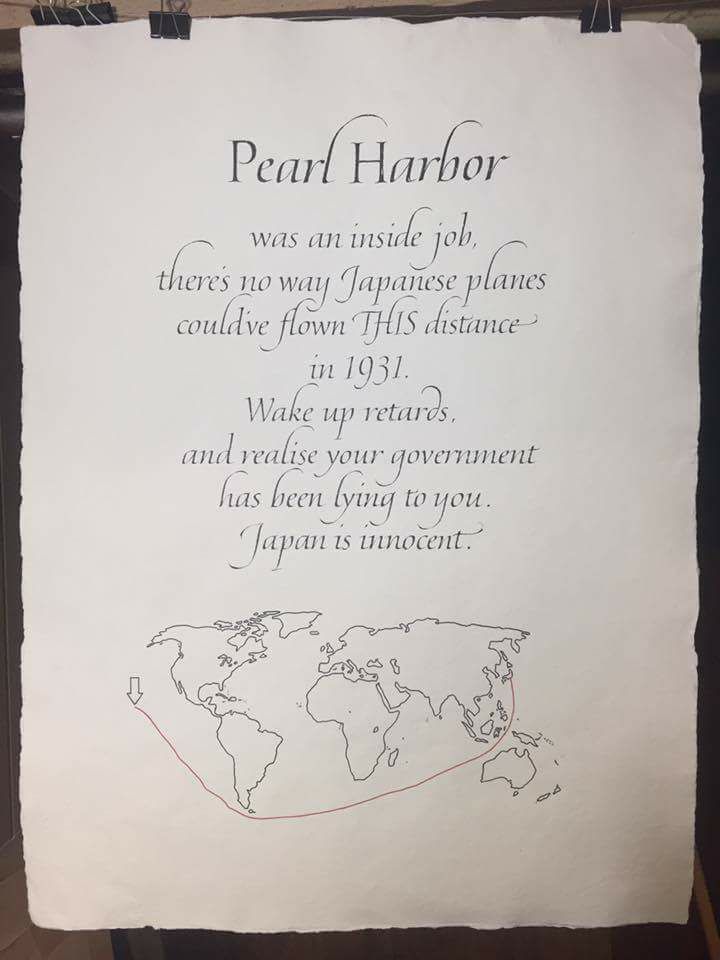 Once upon a time, I belonged to a group called Politics and Sociology. This group had a spinoff that I also joined. In the spinoff group, a meme was born one day, not very long ago. Five I think.

The post went viral. It showed up in newspapers around the globe.

Now, today, I see this: The fastest turn around from bad-history viral meme to classy style yet.

Once upon a time, I posted about a once upon a time to a group once known as ILLUMITARDI. Anxious and uncertain, I waited with baited breath for valuable feedback… some confirmation of my self-worth to be provided by the community.

But no such validation came.

I became despondent and suicidal. Life had lost all of its purpose and meaning.

But then suddenly, a hero came along. This was a most unlikely hero, a man by the name of Charles Hoffmaster, who gave me the three words I so desperately needed to hear.

It was at that point that my life had regained all focus and meaning. I took the noose off the ceiling and the razors tossed into the trash.

I emerged a new man, invigorated, refreshed and revitalized for it was at that moment, I knew:

Life would go on.