Posted on June 3, 2015 by Kenneth Udut Leave a comment 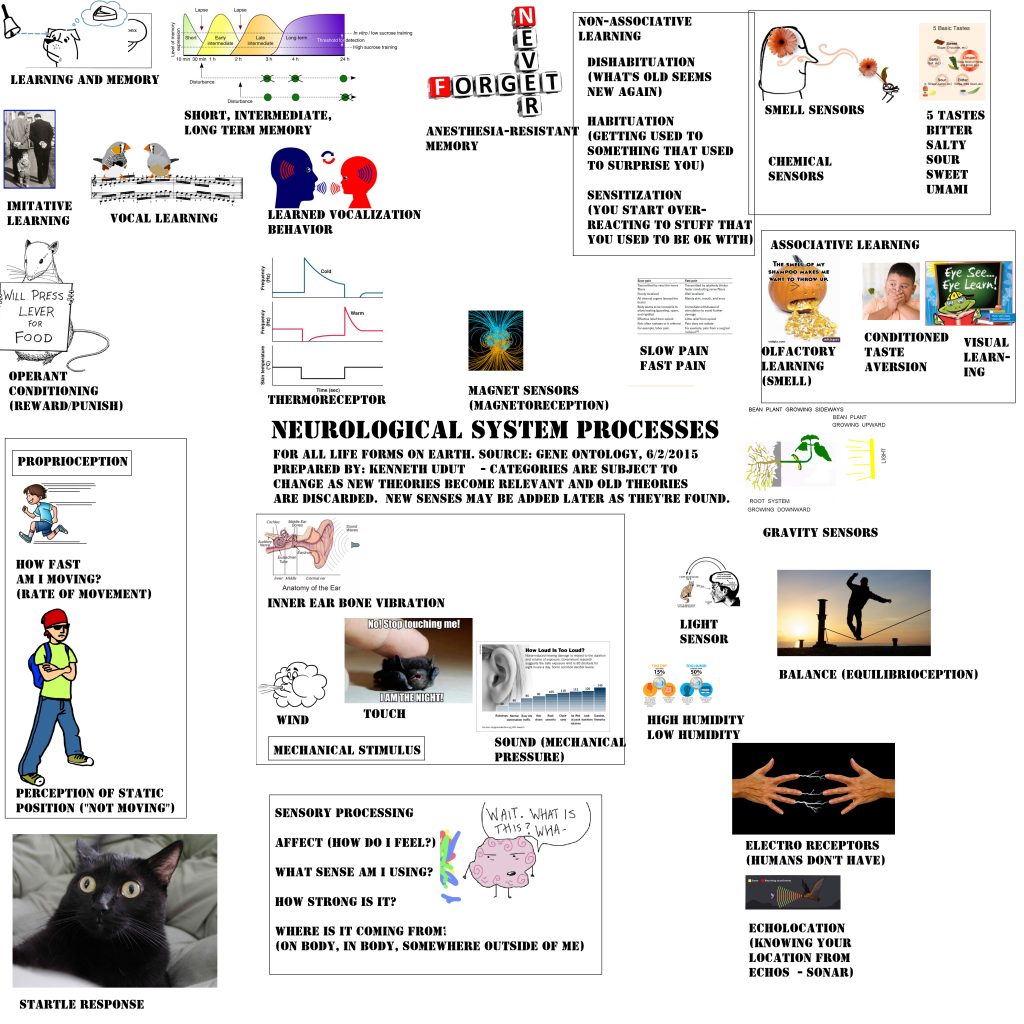 You are more than just your #brain
note: this chart applies to all Life on Earth
I decided, once and for all, to find out what REAL #Scientists use who have to compare different plant, animal and bacterial species when describing the neurological system, which includes the brain as well as a part of it.

I figured that working Geneticists would need a pretty complete database to work with and yes, they do.  They’re constantly changing it and revising it as they discover Genes and figure out what they’re doing.

So this chart isn’t “set in stone” – it will change over time as new #Science decide on new theories, discards ones that weren’t working so well.  But it’s current as of June 2, 2015.  i wanted to get a picture of all of life’s #Superpowers because when you think about it, life is truly amazing.

Not everything here applies to humans.  But a lot of it does.  A lot of it applies to plants and bacteria also, as well as other animals.  I just wanted to see it “all in one place”.   it’s a good roadmap to work with because it’s a system that’s really in daily use: It’s not JUST someone’s nice idea that sounds good; this is used for Gene classification here. 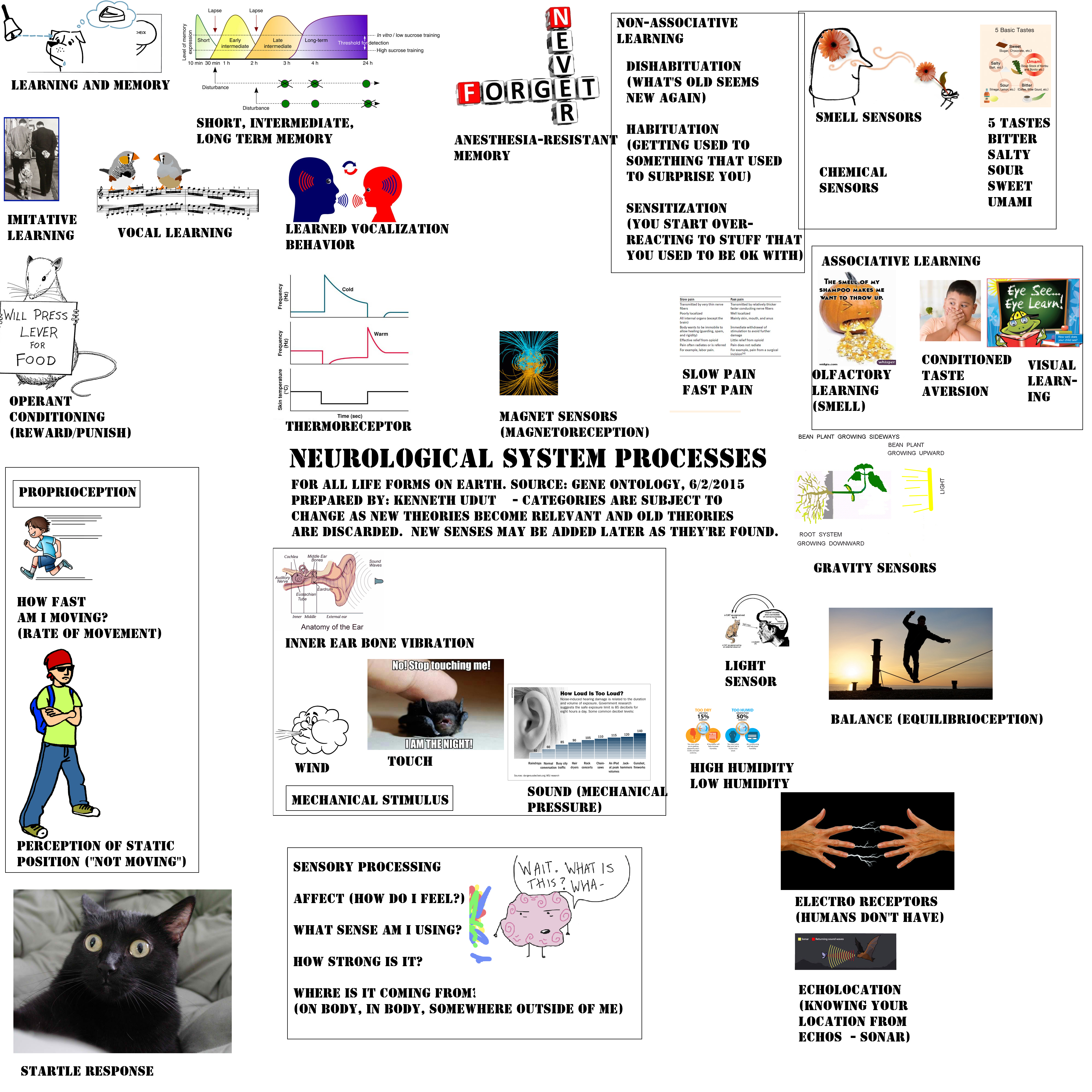