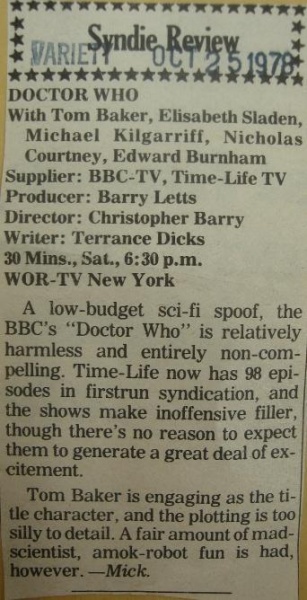 My first Doctor Who episode when I was eight was a haunting memory.

Oh this was hard for me. I knew I was 8 and it was 1980 in the USA. I went through a few episodes that would have aired around that time and tried to figure out, “Which episode “feels” the oldest to me?”

What was hard about it is trying to get a fact from a feeling with episodes I haven’t seen in a long time, trying to discern, “Did I see these when I was 8 years old or in repeats when I was 12-13 years old?” The answer would be “both” for many but only one could stand out.

And it was this one: https://en.wikipedia.org/wiki/The_Leisure_Hive

I remember not understanding who this old man was and why he looked so much like the curly headed guy.

When I looked at the episode *prior* to that one, the episode did not leave me with a haunting feeling. Nor did any of the others in that earlier season.

Logopolis (which was the same season as the Lesure Hive) left the most lasting early memory impression but I was an early 9 yrs old by then and it’s likely by that time, I was completely hooked to the series.

But that very first one… where I knew nothing of what was going on yet intrigued and curious to find out more. had to be this one.

Now I need to see it again. I remember almost nothing of it but that old man’s face left me haunted for some reason.

dang it… the time matches up but I’m watching it now (on vk ) – and it “feels new”, not old and haunting at all. I must have the wrong first episode…. but I’ll watch the whole thing because it’s *possible* I started later on in it.

Going through my personal timeline is a pain in the butt for so long ago. Still, there’s some clues. Doctor Who ran on WWOR-TV in NYC which I received in New Jersey. I don’t think I was watching Doctor Who when I was 6, which is when this aired, although it’s _possible_. But once I figure out the airing schedule, I should get a better idea. This is one of those questions I’ve wondered about for a while but never sat down to properly figure out.

I’d assumed it was PBS but now I remember commercials… and commercials didn’t show up on PBS, so PBS was later.

—
June 1978: WOR was selected by Time Life Television to be one of its guinea-pigs to test a new series that Time Life had on offer from the BBC. In June 1978, WOR aired an omnibus edition of The Hand of Fear.
7 October 1978: At 6.30pm, Tom Baker makes his debut in New York State. Stories aired in production order, so The Sontaran Experiment preceded The Ark in Space.
6 January 1979: The series shifted to the earlier time of 5.00pm, but was often pre-empted by baseball.
6 October 1979: Two episodes air every Saturday morning.
20 September 1980: Doctor Who goes off the air for the winter.
14 March 1981: The series returns, Saturdays at noon, for 7 weeks before moving to 9am.
From September 1981 to September 1983, two episodes aired back to back with commercial breaks, Saturdays between 10:00am and 11:00am.

5 February 1983: Revenge of the Cybermen episodes 2 and 3 aired. The Howard Da Silva prints were still being used at this point.
9 September 1983: Doctor Who is replaced by professional wrestling

A network of four channels covering the state:

I’m going through airing schedules that I can find (usa, 1979/1980ish) trying to pin it down… and I was _sure_ it was Logopolis and yet now I’m not so sure. But it was my first /best memorable of that time frame, next to the 5 Doctors 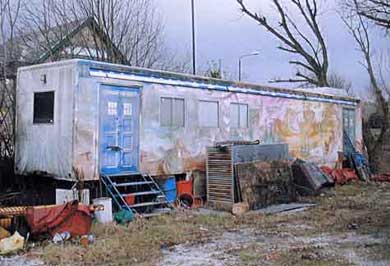 That was a very significant episode for me. I *think* it was the first time I watched Doctor Who by myself on a new channel on my own TV. I disovered it was the first airing of Doctor Who on a PBS station whereas before I’d watch Doctor Who with my grandmother on her TV in her room.

I’m trying to track down WHAT was my first episode using an airing schedule from that time (WWOR-TV NYC was the channel I watched doctor Who on with my grandmother, before the 5 doctors) but it’s a challenge trying to bring up memories from when I was 6-9 yrs old… 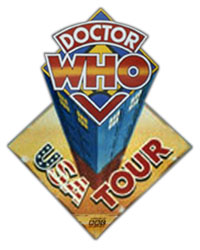 [also why I hate wrestling. Doctor Who was cancelled for wrestling on WWOR in 1983. Also why I hate Baseball. Baseball always won over Doctor Who]
t’s an awesome resource! I’m finally getting the dates all pinned down perfectly. Murky childhood memories and shifting vague awareness of calendars are hard to set down but this resource is really helping me out.
====
I was the only person outside of my grandmother who liked Doctor Who, and my interest continued after she moved on to other shows, so i was all alone. I didn’t mind — it was me and the Doctor and the companions… but it would’ve been nice to connect with others. I didn’t until 1989 when I first got online. [I didn’t count the one Doctor Who trailer show because I figured they were either ‘too into it” or “just curious and not really fans like me”]
====