Posted on December 2, 2016 by Kenneth Udut Leave a comment 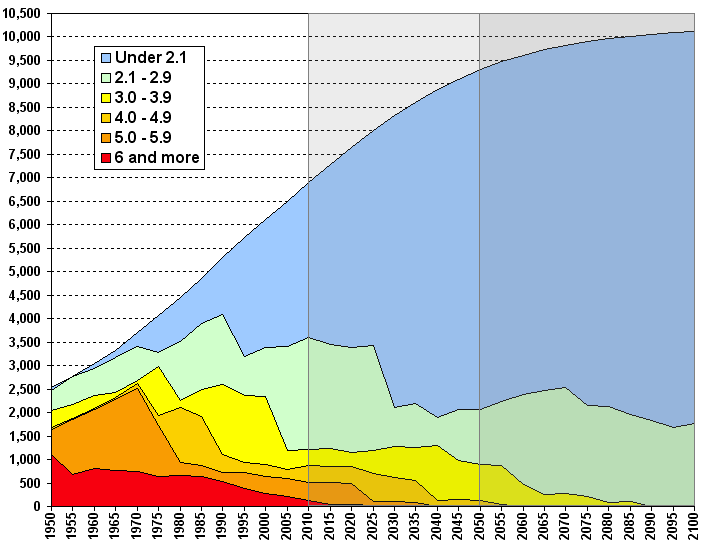 There’s groups that are working on reversing the population trend. Some religious groups make it one of their priorities. But make no mistake: It’s large white families. Large black families who are also American are considered welfare mothers and such.

Now most of this is a projection but they have other data that extend back further in time than the 1950s.

Here we go. Large families worldwide are nearly extinct. Contraception programs have been extremely successful and have led to per family economic growth. Poverty worldwide is going down and this is one of the reasons.

By continent. Notice DRAMATIC drops in Asia and Latin America. From 6-6.5 children per family ON AVERAGE down to 2.5 per family on average today.

Europe and North America had a dip but they’re statisticaly moving slightly upwards.

Africa dropped from 6.5 to 4.5 and the trend is likely to continue trending downwards as better medical care and the elimination of extreme poverty will lead to longer and longer lifespans, which will increase the overall population of Africa over time.

I’m really glad I could help! I was inspired by this guy (and this video) : that’s what opened my eyes up. One thing I learned is that it’s college educated people that are the most clueless when it comes to poverty: We still believe things are the same as they were in the 1960s and before when in fact things have been dramatically improving.

The guy’s enthusiasm is contagious. There’s shorter versions of this that are 10 minutes long, but if you get the hour to spend, it’ll fly by. Lots of fancy entertaining statistics, real life stories, and analogies. He does that thing where they draw in the air and you see the numbers and graphs pop up a lot. I’m a sucker for that kind of presentation 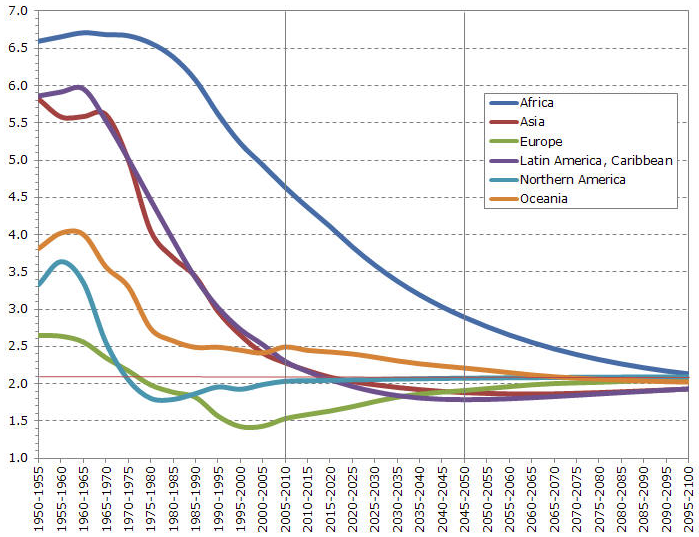