Posted on January 29, 2015 by Kenneth Udut Leave a comment 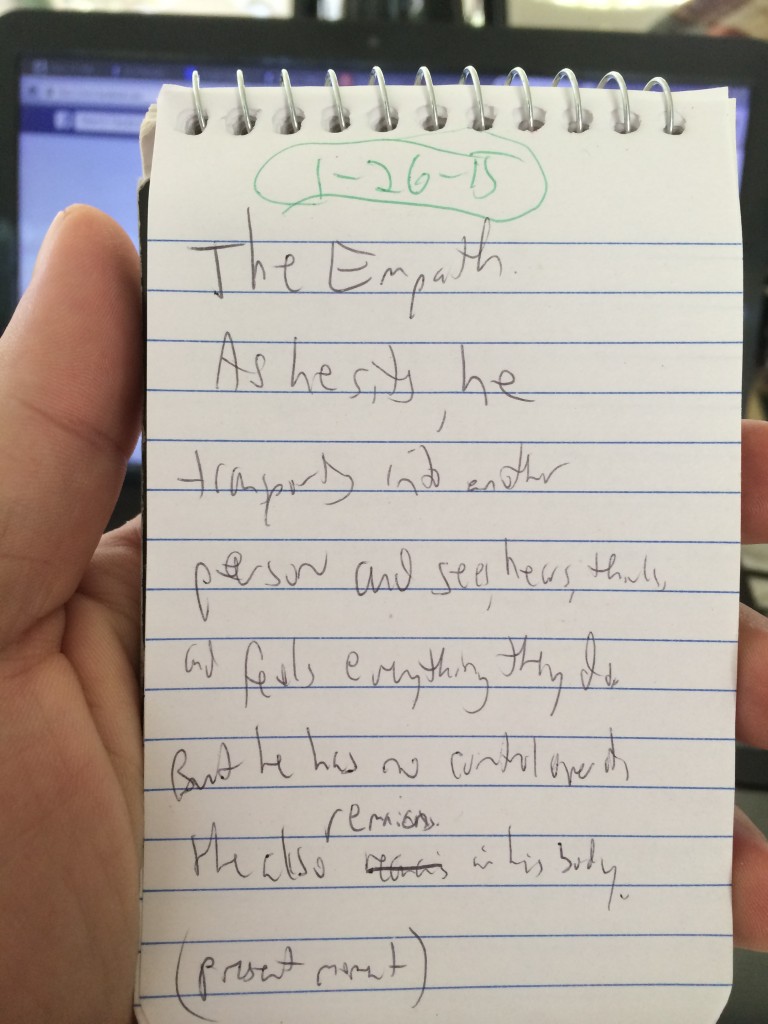 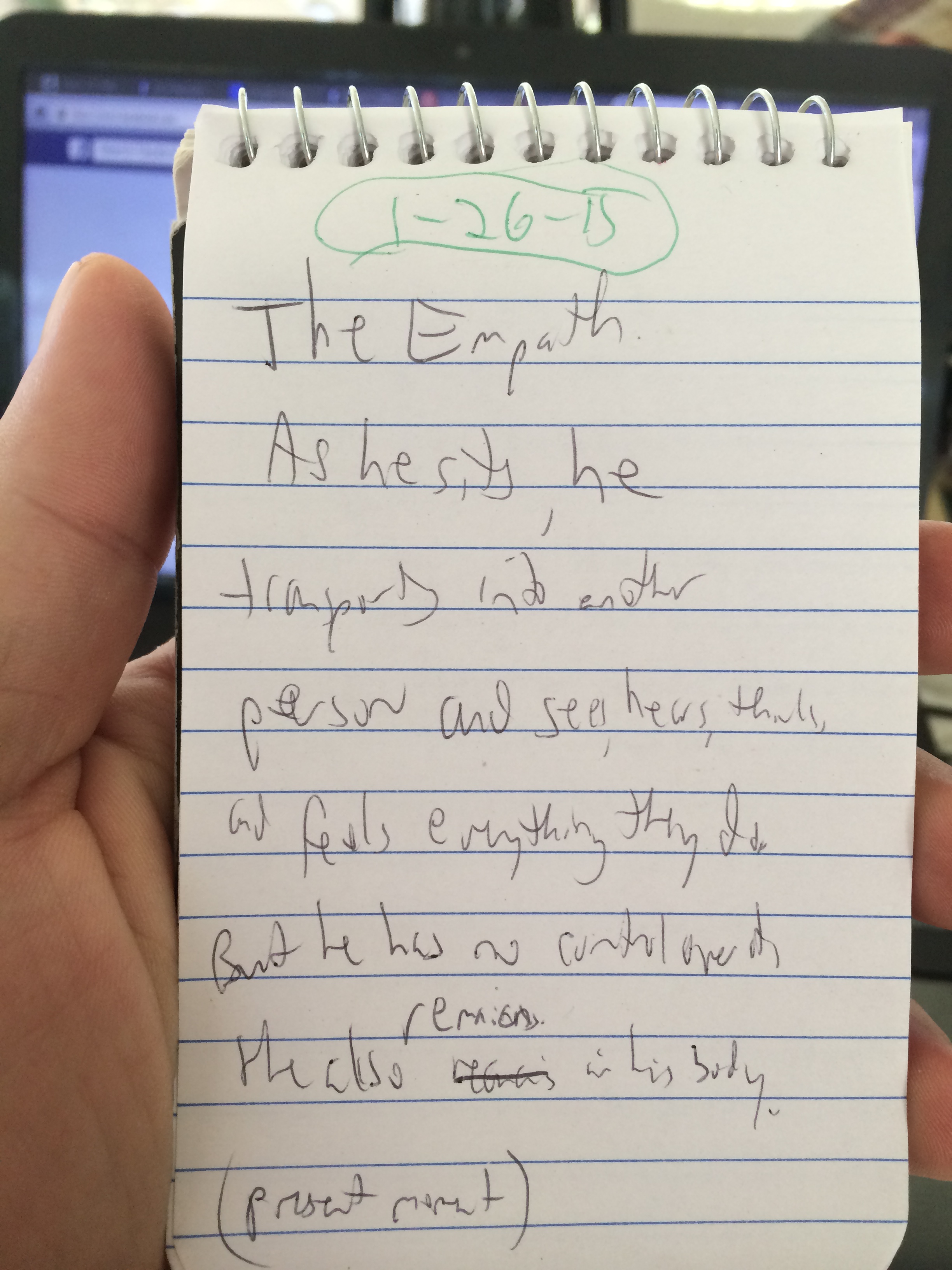 A book idea I had a few days ago.  Maybe someone else can write it and make the millions.  the #empath
I’m never going to write them.  But I know it’s a good idea.

The idea is that the Empath would see and hear and feel everything from the perspective of the one being empathized with, but only in the present moment not having access to their history unless they’re thinking it at the time. No control, just being a witness, while at the same time, remaining within his own body and doing whatever he’s doing; no trance-state necessary. Just dual awareness.

I’m sure some handwriting analyst would have fun with my handwriting sample. I can’t read my own most of the time. I used to believe it was a sign of intelligence on my part. Now? I know it’s just because I’m too impatient to bother forming letters properly.

In retrospect, it’s probably because I liked the Beastmaster movie as a kid.