Posted on October 9, 2016 by Kenneth Udut Leave a comment 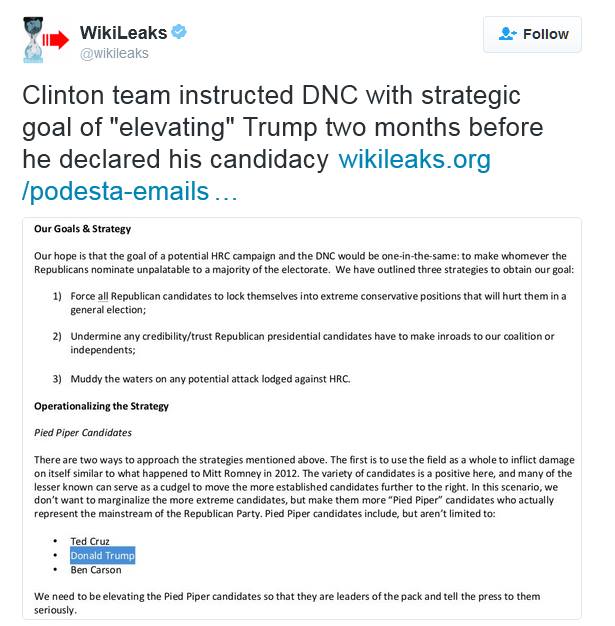 It was a smart strategy: Make the extremes look like the norms, push the norms aside, leaving behind the most extreme. Might not have worked, but, it did.

Trump’s clearly the most extreme. Ben would’ve been the extreme “not very bright politically” and unlikely to be popular because we already had a black president and yet, how could they resist the opportunity to go, “hey, we can do black presidents too” – especially if he’s put up front for a while, which he was.

… i’d say they’re good strategists. Plus, even if he does win, how long before Congress will find an excuse to impeach him so that it’s President Pence instead? He’s extreme even for evangelical tastebuds, but the religious right will find him acceptable as a President, and be equally hawkish in foreign policy.

Plus, Pence is a good speaker (ex Radio talk show host) and any excessively religious overtones won’t become policy even with a strong Republican congress and a conservative Supreme court as there will be pushback from the states. [plus internal fighting always keeps ANY presidential policy from going through smoothly through Congress, even if they’re ideologically aligned (theoretically).

True, although we’ve never had a Trump up there before. Plus, just imagine if they did a full investigation on Trump as they did on Bill Clinton in the 90s? He’d be shredded.

Hillary isn’t liked by the evangelicals in Congress either. But Trump makes them all look bad, so Republicans will continue to distance themselves as far away from him as possible, even if he’s President. They have their OWN political careers to attend to, and a Presidency is only four years, maybe eight tops.

Origins of feels good man. Then it split off into a whole new character. The way memes morph and change meaning over time is a fascinating thing. Sometimes they even get meanings not originally intended. That’s part of the magic.

and, if you can take conscious control of attributing new meaning to memes not originally intended and have like-minded people spread them far and wide, why, it practically feels like a revolution, especially if it also includes its own special symbols and language and word substitutions.

All is well as long as they stay within their own kind. But when going on excursions into the outer realm, which is much larger, the language ceases its secrecy and becomes transparent to all but those who continue to believe it’s a private party.

It’s just the way of things. I was in the L337 communities way back when, others as well. It’s exciting to be in the midst of the sense of a movement, whatever it is.

Unrelated but sort of, I walked by the TV while somebody was watching CNN (sadly), and I looked in the audience and there was the typical college white dude with the Harambe shirt shaped like the democratic party symbol.

I almost took a picture to give the guy his meme fame for a few moments, but I’m sure someone else will. Fun stuff.