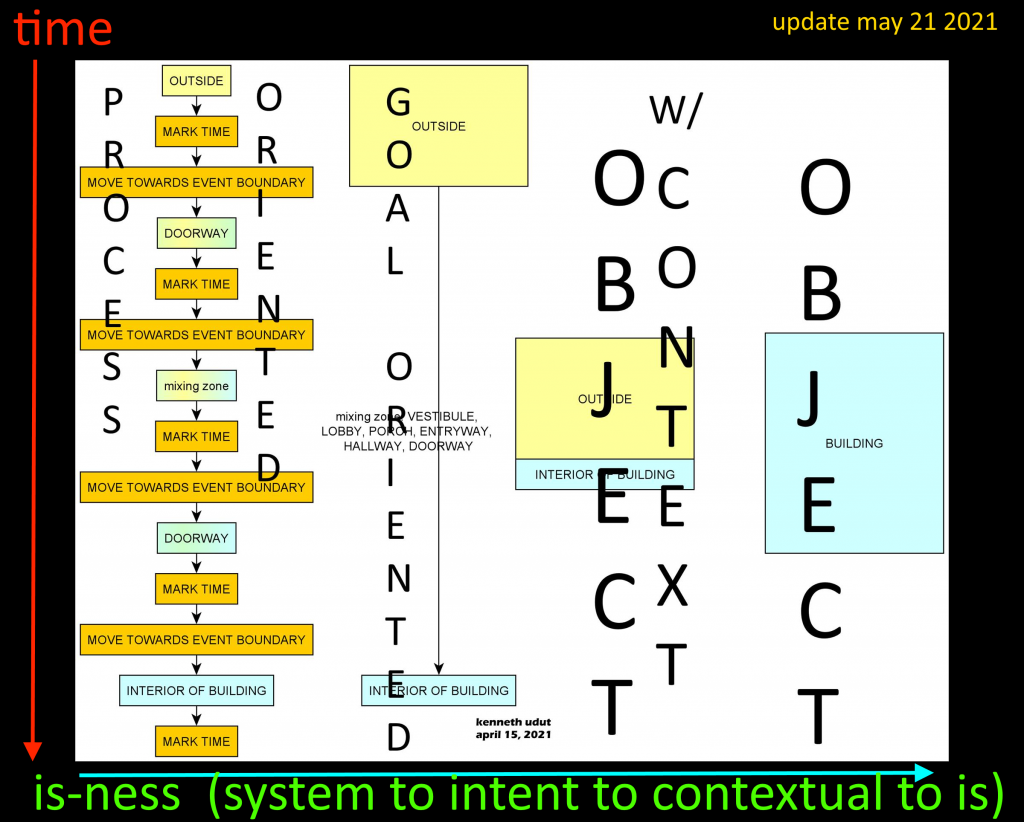 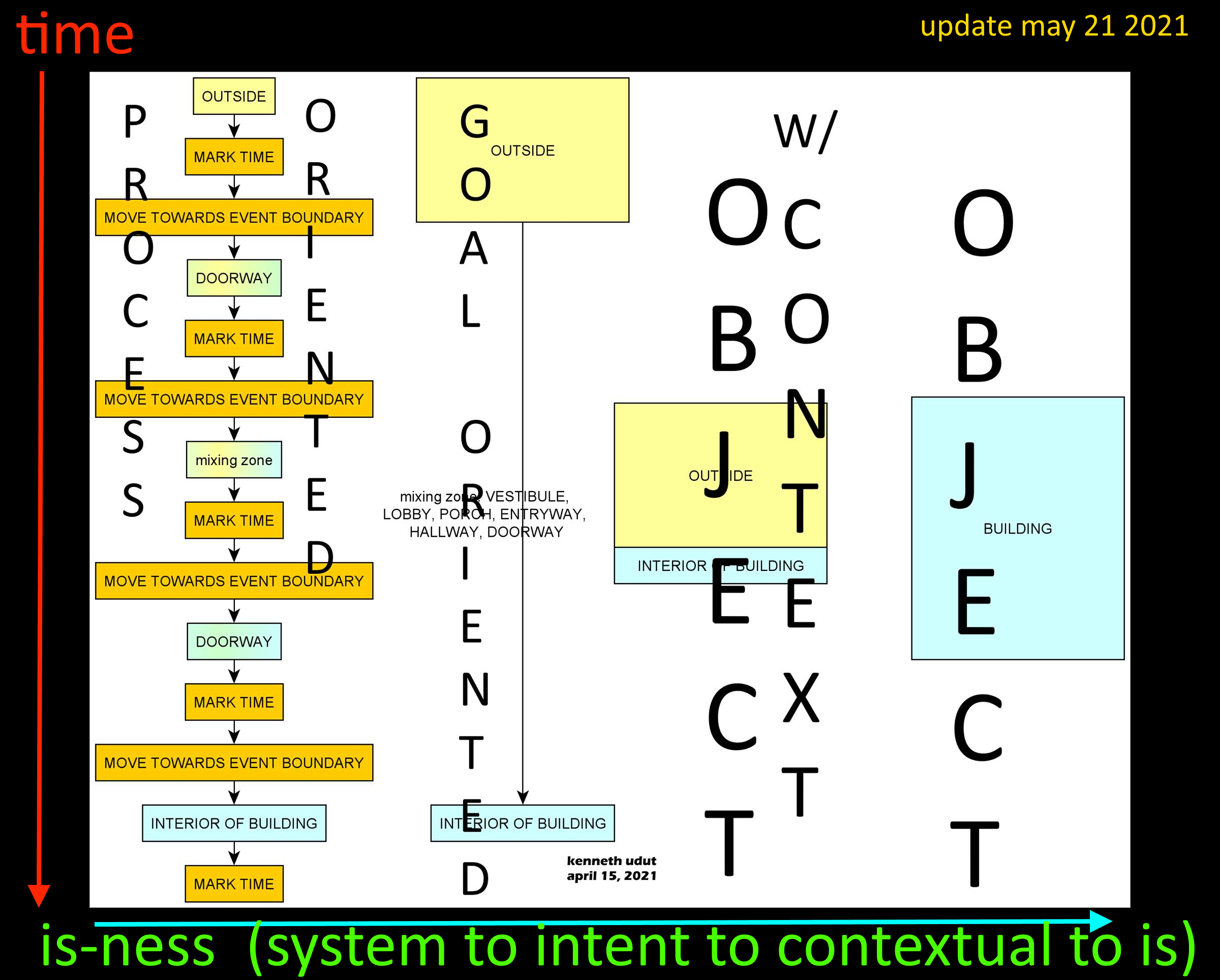 I revisited and I _think_ (thanks to your help there) the left to right might be an “is-ness” which is directly tied to how it handles its own spatiotemporal relations.
So there’s Process on the left, which is temporal but the spatial is kind of spread around throughout the process. So it’s is-ness of of that character.
Next is the Goal which is temporal (it has before + intent and goal, with the “in-between” (how I’m going to make this intent a reality) something that can be paid attention to or ignored (‘just do it’) and spatial.
To the right of that is minimally temporal, although it’s implied: To understand the object, you need to know its context. You can even go so far as to talk only about context and have the object be an emergent property of the context and it would still work.,
On the right is Object, with definitive spatial but not much need for temporal in and of itself. It is what it is, that it is.