Posted on April 8, 2019 by Kenneth Udut Leave a comment 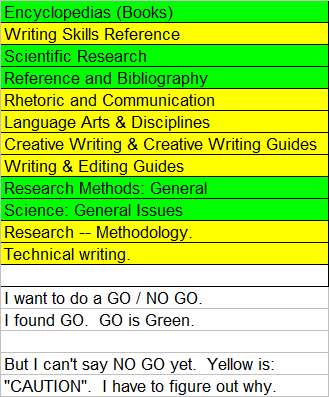 If a book is seen as a 2D Image (all pages at once, single side), I’ll see how much I can compress it using my 4D model “layers over time” notion.
Facing my demon of structured writing, I’m trying to read _The Craft of Research, Fourth Edition (Chicago Guides to Writing, Editing, and Publishing), 4th Edition_
Before right now, I was starting to read it slowly, closely, carefully, allowing myself to be mostly ignorant of what was coming next. I could work with what it TOLD ME was coming next and I knew the overall TOPIC, so I had some extra-dimensional information, but I was trying to minimize its influence. This is much like watching a movie for the first time, or hearing a storyteller, or allowing a teacher FULL control of how information comes to you.
But this was giving me a headache. I’m used to speed reading, devouring books quickly and this went against all that.
As I no longer want a headache, I’m going to apply my methodology, which I think is already common enough (I’m using available sources), I just put it into my own words from consolidations of my own thinkings about it:
Here is the process I’ll try to follow:
—–
1) identify the salient categories.
A: “a concept is a theory of a category” so
B:for each category, identify a theory behind a category to be sure you are capturing the proper concept. Provide some justification for why this concept should be viewed as a salient concept.
2) for each category, create a layer and place the category on it.
3) for each category on its layer, shrink the 2 dimensional area in area.
4) stack the layers.
5) provide reassembly instructions.
You now have a 4D object representing your static 2D map.
—–
I’ll use the Comments area below to capture layers and to of course provide discussion area as that’s its normal function.

https://www.amazon.com/Research-Chicago-Writing-Editing-Publishing/dp/022623973X/ref=sr_1_1?hvadid=241623782352&hvdev=c&hvlocphy=9012266&hvnetw=g&hvpos=1t1&hvqmt=e&hvrand=16142617440805570408&hvtargid=kwd-34720038707&keywords=craft+of+research+4th+edition&qid=1554777260&s=books&sr=1-1
——
My first set of layers will likely be metadata. These layers already are constructed for me by others who also know the value of layers.
A) “The Craft of Research, Fourth Edition (Chicago Guides to Writing, Editing, and Publishing)”. Given ID / Title. This can be broken further down but I’ll let it stay for now as it is.
B) 4th Edition (there are 3 other editions I can gather layer information from that have a high probability of matching in case 4th edition lacks)
C) 5 Authors: Wayne C. Booth
Gregory G. Colomb
Joseph M. Williams
Joseph Bizup
William T. FitzGerald
Each can provide additional information about this book by following their other works or information about them.
D) Series: Chicago Guides to Writing, Editing, and Publishing. This tells me there are other similar books within a collection for the general purpose stated here.
E) 336 pages. 5.5 x 0.7 x 8.5 inches This gives the area of the 2D Map that I am turning into a 4D (3D + Time) thing.
F) Summaries from Publisher / Author: Condensed promotional shrinking of information.
G) Reviews: Condensed reader opinion shrinking of information.
H) Amazon “Seller Rank” – helps with GO / NO GO decision
#2 in Encyclopedias (Books)
#4 in Writing Skills Reference
#6 in Scientific Research
Provides Ontology from which to classify book.
I) Publisher classification: (Ontology)
Reference and Bibliography
Rhetoric and Communication
J) iTunes (Ontology)
Category: Language Arts & Disciplines
K) Google Books Classification (Ontology)
Language Arts & Disciplines
L) Book Depository Classification (Ontology)
Categories: Creative Writing & Creative Writing Guides, Writing & Editing Guides, Research Methods: General, Science: General Issues
M) People who bought this also bought (various sources):
Compare similar books Forms a family or genre based on similar interests of purchasers.
N) Table of Contents: Provides summaries of sections of book in a few words and fast access via page numbers. As this is now a 2D object, this indexing may change location but as long as sections remain intact relative to one another, it continues to function.
Preface: The Aims of This Edition: xi
Our Debts: xv
I. Research, Researchers, and Readers: 1
1. Thinking in Print: The Uses of Research, Public and Private: 9
2. Connecting with Your Reader: Creating a Role for Yourself and Your Readers: 16
II. Asking Questions, Finding Answers: 27
3. From Topics to Questions: 33
4. From Questions to a Problem: 49
5. From Problems to Sources: 65
6. Engaging Sources: 85
III. Making an Argument: 105
7. Making Good Arguments: An Overview: 110
8. Making Claims: 122
9. Assembling Reasons and Evidence: 132
10. Acknowledgments and Responses: 141
11. Warrants: 155
IV. Writing Your Argument: 173
12. Planning and Drafting: 177
13. Organizing Your Argument: 189
14. Incorporating Sources: 200
15. Communicating Evidence Visually: 214
16. Introductions and Conclusions: 232
17. Revising Style: Telling Your Story Clearly: 248
V. Some Last Considerations: 269
The Ethics of Research: 271
A Postscript for Teachers: 275
Appendix: Bibliographical Resources: 281
Index: 313
=======
O) Index: Shows salient concepts from the author’s theory which are categories within the books ontology.
Forms the book’s Ontology from its own perspective.
Hypothesis: Index may be the most critical tool for this purpose! [most important layer for understanding the book on its own terms with its own terms].
However, if you LACK prior knowledge of these meanings, it is not very useful.
REQUIRES PRIOR KNOWLEDGE This can be gained by researching: Outside Ontologies. [classifications, subjects, topics from various sources until you find a match to your own PRIOR knowledge]
======
P) Library of Congress Subject Headings for this publication:
Research — Methodology.
Technical writing.
——-
Ok. I’m pausing now to consolidate “Outside Ontology” layers.
Index is “1st Person Ontology” (Private Language)
Classifications are “3rd Person Ontologies” (Public Languages)
I don’t know how yet.
But these are ALL describing the SAME 2D image from an outside perspective, each using their own ontologies.
Encyclopedias (Books)
Writing Skills Reference
Scientific Research
Reference and Bibliography
Rhetoric and Communication
Language Arts & Disciplines
Creative Writing & Creative Writing Guides
Writing & Editing Guides
Research Methods: General
Science: General Issues
Research — Methodology.
Technical writing.
=======
Ok. I have enough information from the “outsider ontologies” to see why this book is giving me a headache.
=====

PROBLEMS:
Writing Skills Reference
Rhetoric and Communication
Language Arts & Disciplines
Creative Writing & Creative Writing Guides
Writing & Editing Guides
Research — Methodology.
Technical writing.
—————————–
“Technical Writing” was the emotional trigger.
Probably has an autobiographical backstory if I think about it.
ALL GOOD:
Writing, Communication, Language Arts, Creative Writing, Research.
What’s leftover?
- Skills (Implies I am lacking skills in writing)
- Rhetoric (brings to mind:
“language designed to have a persuasive or impressive effect on its audience, but often regarded as lacking in sincerity or meaningful content.”
“the art of effective or persuasive speaking or writing”
- Disciplines (shows what the authors consider ‘the correct’ methodology)
- Guides (weaker form of Discplines)
- Editing (My self belief that “I am no good at Editing and will never be”. My autobiographical relating how my first, second, final drafts and finished writing were ALWAYS identical. This I wear as a mixed badge of Honor and Shame).
- Methodology (Another nicer way to say Disciplines)
=========
GOT IT:
COMPETITION.
This text is directly competing with me. I am directly competing with it.
Same territory. I believe that I am doing it correctly and am in a place of authority to show others how to do the same.
This is the same reason I do not watch Jordan Peterson or any number of thought leaders whose ways conflict with my own. Competition.
=====

Absolutely. I actually find studying rhetoric fascinating but I also find it a dangerous tool. Very dangerous as it’s often invisible. It’s easy to identify “one’s enemy’s” rhetoric but VERY DIFFICULT to subject one’s self to the same critique.

“A very influential critique of the concept of academic disciplines came from Michel Foucault in his 1975 book, Discipline and Punish. Foucault asserts that academic disciplines originate from the same social movements and mechanisms of control that established the modern prison and penal system in eighteenth-century France, and that this fact reveals essential aspects they continue to have in common: “The disciplines characterize, classify, specialize; they distribute along a scale, around a norm, hierarchize individuals in relation to one another and, if necessary, disqualify and invalidate.” (Foucault, 1975/1979, p. 223)”

======
“I have a personal bias against self asserted and systems of meritocracy that recognizes attainment of knowledge and understanding through consensus.”

Wow, you nailed the politics of it right on the head.
Thank you! We are kindred in this for sure.

Funny thing is, I’m self-aware of the absurdity of my own position in this.

Back on Earth Day 2015, I declared myself President of Earth and for nine months, it was a Google Fact that I was, even though that wasn’t my intention. [I just announced it in the right way I guess. I used to do search engine optimization stuff so that probably played into it].

I did that because I saw that for EVERY opinion I had where I said, “This is right” and “This is wrong”, I was speaking as if I was representative of the whole planet.

It’s absurd yet I still do it. Best way I can think of to mitigate the bombastity of such an repeating act is to self-efface now and again and also to do my best to be as correct as I can be, to my own standards.

Indeed we do It’s one of the wonders of this form of connection. Impossible connections become possible. (chances of us bumping in the street randomly to become acquainted to then talk about these things are statistically improbable for many reasons yet simple online.

Followed Wolfram on and off for a long time. Friends on FB, although I have a couple of critiques somewhere in my notes. (Minor though)

Fan of Cellular Automata in general (just redownloaded https://sourceforge.net/projects/golly/ last night in fact to see what’s new and have a bit of fun).

I mess around with AI now and again. I’m basically a connectionist but I try to be careful about it as it’s become religion to many and I try hard to avoid that.

I view AI as “baby” with many aggressive parents. There’s sometimes a lack of recognition of cognitive development processes which I think can lead to mistaken notions about how to go about AI in connectionism in particular.

4 yrs ago, I did this. I have sympathy for the AI. As I consider it a future conscious life form, it’s only right to approach from that angle and so, like most folks without kids, I criticize the heck out of AI parents when they’re doing it wrong.

I think Wolfram is a good parent so even if I had a slight critique or two, I have no problem recommending him or his work. Wolfram Alpha is an absolutely astounding achievement and I LOVE how it does syntax. (it’s Microsoft Excel style which is comfortable not just for me but for millions of non-programmer information workers and I’m sure he was cognizant of that when putting it together).

AH! My critique was simple. (found it in 2016). I hold an embodied cognition view of mind, Stephen Wolfram a computational view of mind.
That’s pretty much it.
But within a computational theory of mind frame, he’s top notch.
——
I still agree with my 2016 self. I’d use Wolfram Alpha in schools from the 4th grade onwards. No question, hands down It’s the best of the best for what it is. I only wish I had a free version of it. Knowing I won’t have full access to it has kept me from using it full time.
=====