Posted on December 11, 2020 by Kenneth Udut Leave a comment 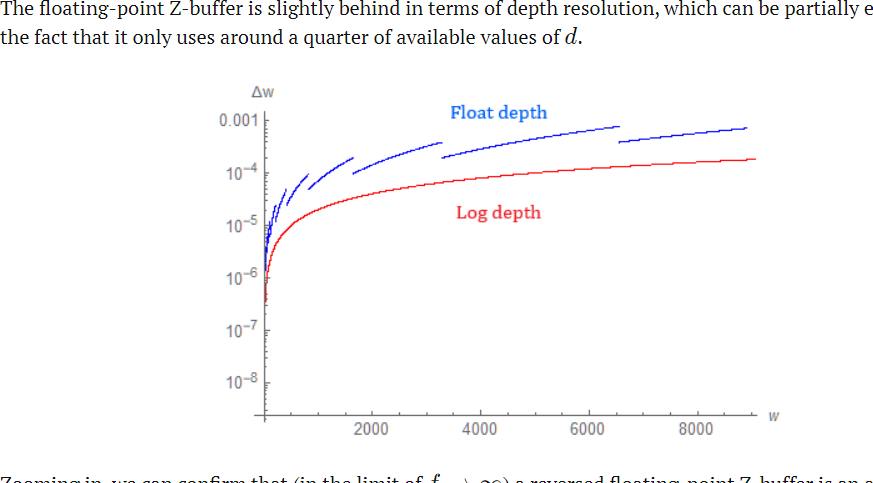 I was experimenting with making a “natural log” ranking system the other day, where 0 1 2 3 4 were calibrated to natural log amounts (which worked out to something like 1, 1/2, 2/5, 1/5, 1/10 basically, give or take) and then moved onto the ranking group, which were groups of 5. (0-4, 5-9, 10-14) and settled to:
with changing units
0 2
1 5.436563657
2 14.7781122
3 40.17107385
4 109.1963001
Exponent unit 1 is 127.5
Exponent unit 2 is 18924
Exponent unit 3 is 2808546.5 etc
and I know I’m probably doing it right because it settles towards that 2.71828… thing really quickly.
anyway… the FIRST chart, which is not from me, shows a comparison of accurate between clever trick used in 3D video processing called “reverse Z-buffer” which is not perfect but it is _close_ to “logarithmic depth buffer” for projective spaces in video which I learned about after learning about “Homogeneous coordinates” which I got to from “Circular points at infinity” where I was intrigued because:
“The concept of angle can be defined using the circular points, natural logarithm and cross-ratio
The angle between two lines is a certain multiple of the logarithm of the cross-ratio of the pencil formed by the two lines and the lines joining their intersection to the circular points.”
AND I’d seen that graph the other week (Nov 27) come out my natural log ranking experiments in excel with the up, cut, up, cut, up cut so that there’s total coverage but there are spots where it resets to a new “0 point” with a new larger (or smaller) ‘granularity’
https://zero-radiance.github.io/post/z-buffer/
The 2nd image -the excel spreadsheet is from me, showing settling to euler’s number (but it doesn’t show the ranking thing yet) . How I got to the integer 2 5 13 etc took up a whole length of a spreadsheet, rounding and counting and it works.
The last is from the page on “Homogeneous coordinates” which I think is what started this whole quest this morning. I don’t expect this to make sense but I wanted to document it for myself if nothing else just the same as it’s exciting grasping a small chunk of a concept perhaps maybe.
==== 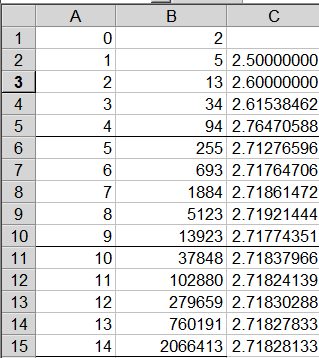 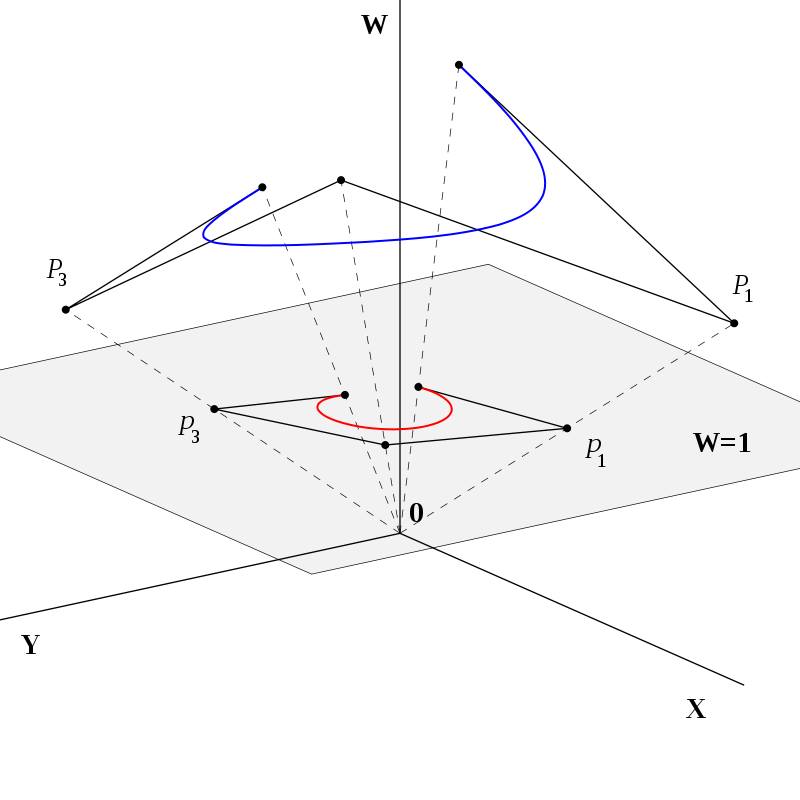 This only works for a FIXED view (the world projecting on one eye which converts to a flat plane) but that’s what I wanted.

Ok, I got it out for now. This is the area that may help answer my questions about metric spaces and projecting. It’s probably much simpler than all of this but this is just how I do things I guess.

—
“Zooming in, we can confirm that (in the limit of f →∞) a reversed floating-point Z-buffer is an approximation of a logarithmic depth buffer. It maintains the shape of the curve, but not its continuity. Nevertheless, it has a major performance advantage, since logarithmic depth cannot be linearly interpolated, which makes it less useful in practice.”
https://zero-radiance.github.io/post/z-buffer/
===