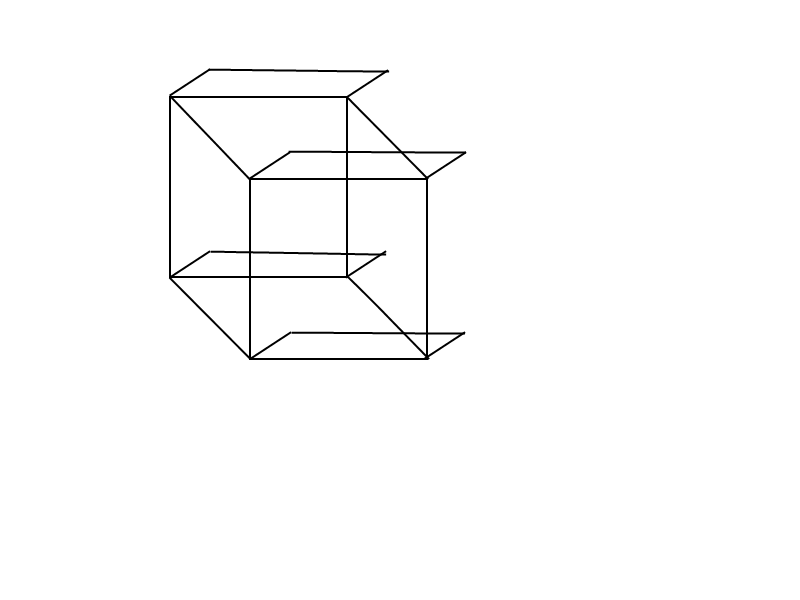 I started drawing it at 11/12 but what always kept (keeps) me from thinking it’s a tesseract is most tesseract projections show cubes of different sizes except when they’re very apart, so I figured it must be some _other_ 4d shape. 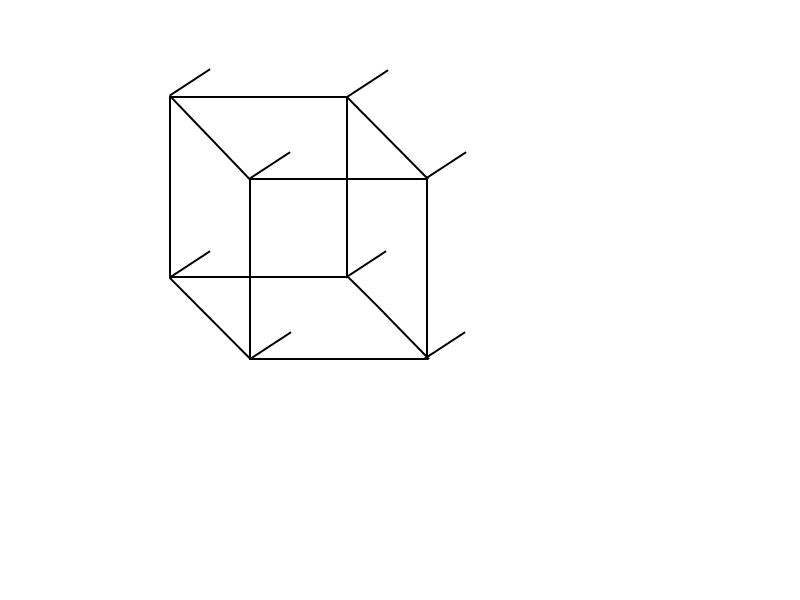 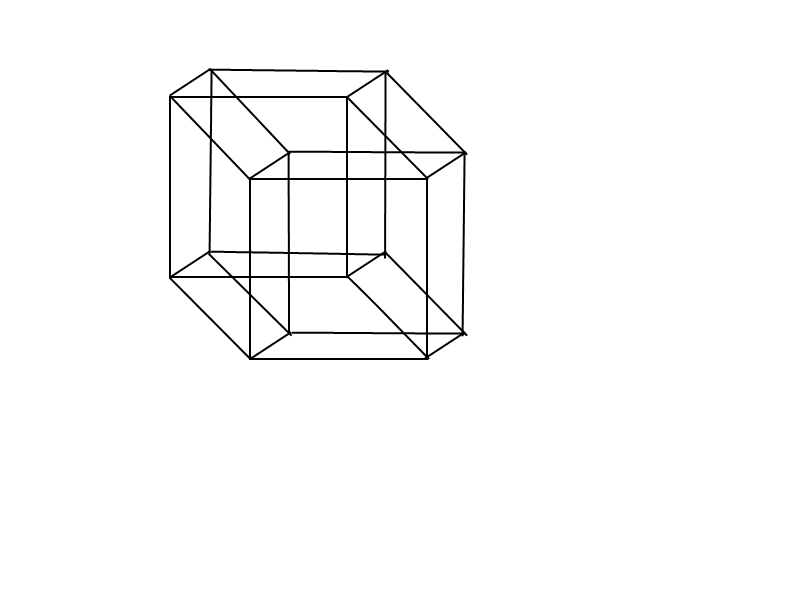 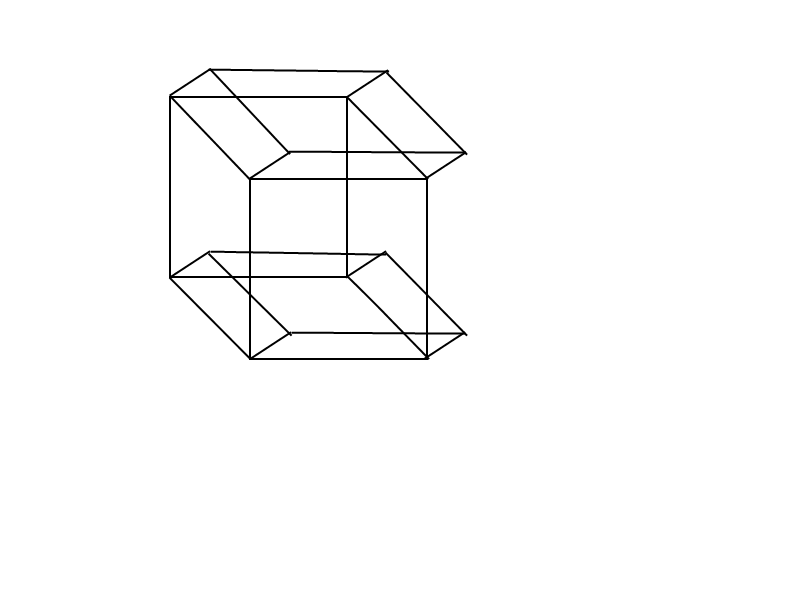 hexagonal? That’s quite possible. I knew it was 4D of some kind but it didn’t resemble any tesseract projections that I’d seen.

I mean, there’s other 4D shapes than just hypercubes. I *think* it’s a different projection than that but maybe there’s a tesseract projection that’s the same and I just haven’t seen it.

That’s how I always viewed this doodle: starting off in 3D space but then going out into 4D… but not necessarily as a pure hypercube but something else that happened to project into 4D “just a little”.

I looked into E8 a few years ago and it looked *really* intriguing. But these are areas where I have to stop myself because when I don’t, I start getting mystical about it, which there’s nothing wrong with but I can get sucked in really easily.