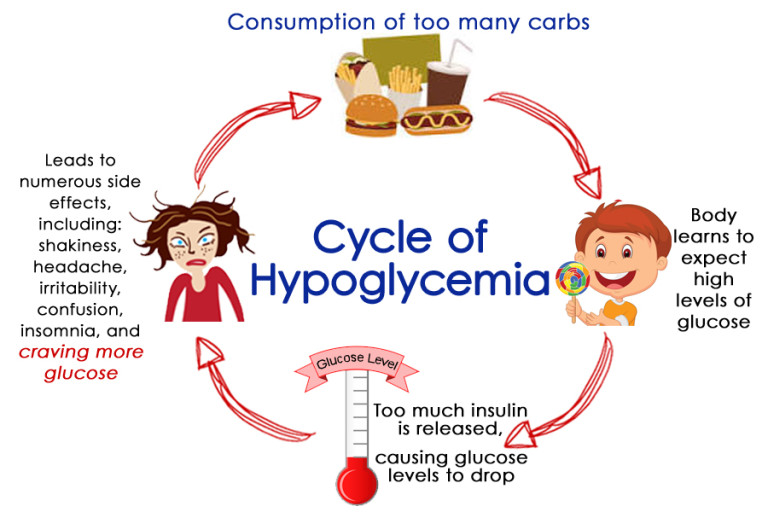 I shoot for ketosis when I can. It uses the alt systems, burning fat instead of sugar. You get a *tiny* bit of brain fog the first time or two but it quickly passes and once you switch a time or two, there’s no longer any brain fog at all.

I prefer using the anaerobic systems of the body over the aerobic any day.

Sounds like sugar’s a good thing for you. then

It’s amazing our bodies have such redundancies built-in to allow for variation.

I’ve heard various things about hypoglycemia but only when it’s linked with diabetes, which is something in our family. Because of the diabetes threat, I try to be careful with carbs and I’m sure to keep up the daily protein. Never had a blood sugar spike, always normal range. For me, if I have too many carbs, I just store them as fat, and the stuff I use causes me to crash quickly if I have too many.

But, I never had to deal with hypoglycemia so I don’t know much about it honestly.

But for me I agree that the banana trick works great. Also good for stage

When the body switches over to ketosis, all of it including the brains uses the fat. But.. everybody’s a little different. I can’t presume to give nutrition advice to someone who is hypoglycemic. I’ve never been, so I have no idea honestly what it’s like or what’s good or bad.

I see it as two redundant systems. Let’s say you live in an environment with lots of fruit around. Your body will use the fruit system.

But if you live in an environment without any fruit but lots of wild animals around, your body will use the meat system.

Anaerobic stuff works better for me in general. Body building? The anaerobic activities work well for me. Weight lifting, resisting of muscle against muscle (Charles Atlas) etc. But aerobic like swimming? Running? They don’t work for me at all. I run out of steam quickly. I’m good for short quick fast burst “use it all up” and then it’s gone.

If I need sustained aerobic I have to slow down a *LOT* and give up on bursts of energy.