Posted on January 10, 2017 by Kenneth Udut Leave a comment 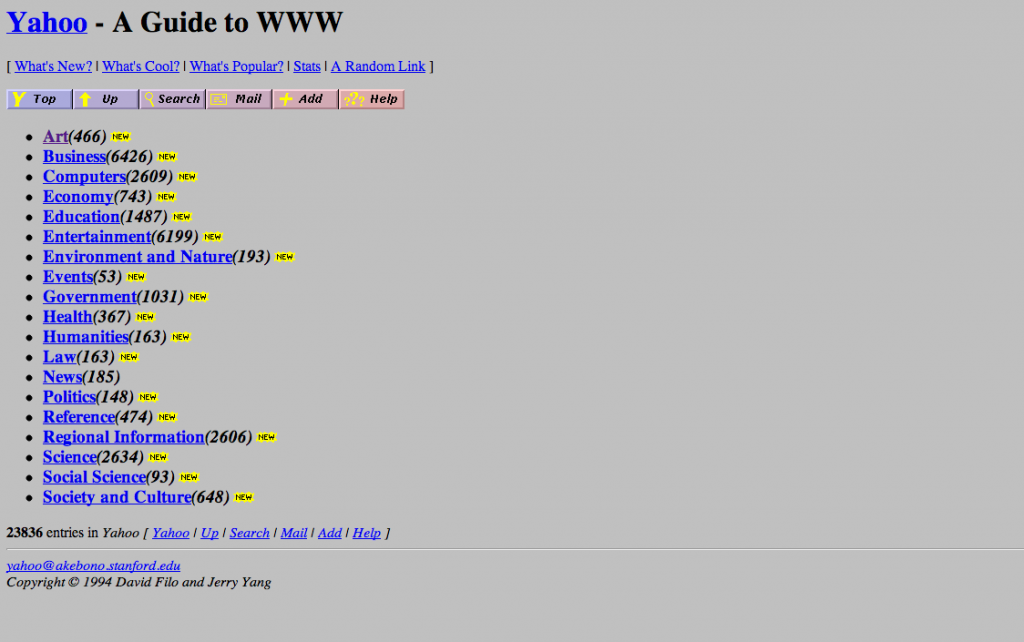 I remember when Yahoo was having a new renaissance in Web 2.0 days. Yahoo Pipes!. Open data sharing. Oh, it was brilliant. They had fantastic AI and data aggregation, all for free… all easy to use…. I made some really complicated Pipes that worked PERFECTLY for _years_… stuff I put together in 2007 was still running in 2013… every day, every few hours, clockwork. Beautiful.
But they tried to monetize it. Bound to fail. It failed.
Yahoo made a number of blunders through the years, and it was usually along those lines. Have something that’s strong then destroy it somehow.
Still, I’ll miss you being around.
====
Their functioning will be barebones. They’ll primarily be supporting the Alibaba site now, which would be a lot of work for anybody and continuing Yahoo Japan, where I guess they’ve had some good successes.
====
At the time (1994), nobody knew if “www” was going to beat Gopher. I don’t think they took the name seriously nor expected the successes they had for so long. 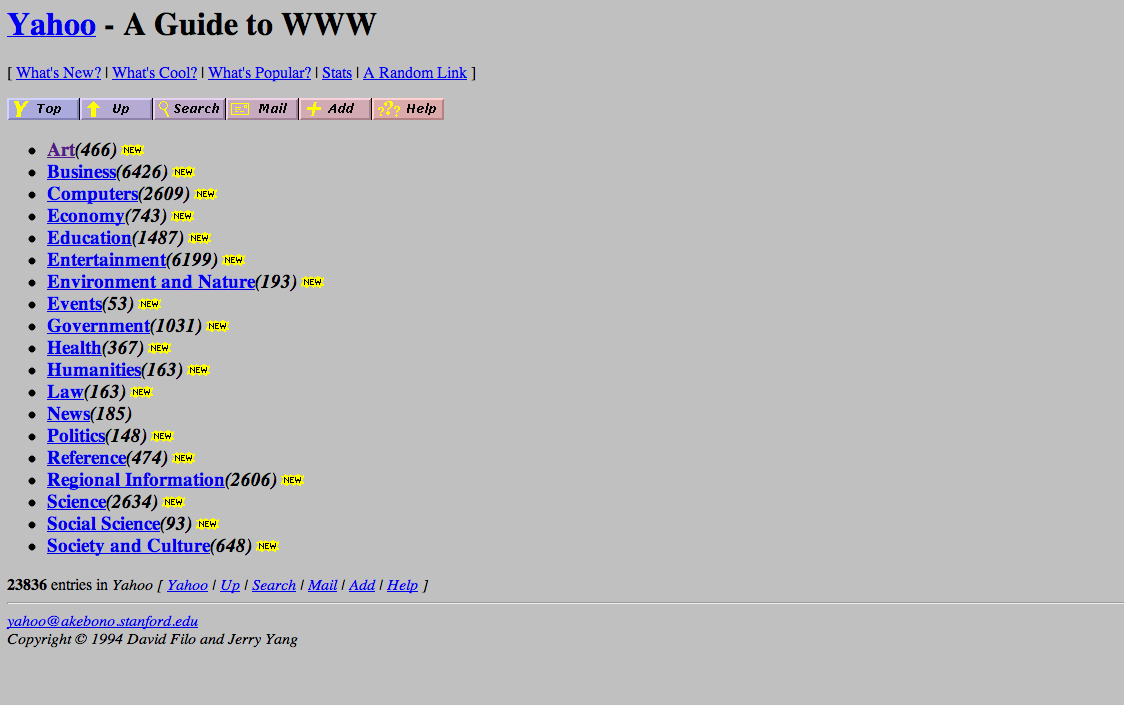 But, like Hitler with his mustache or Bob Ross with his Afro, once you’re famous, you gotta stick with what they remember of you.
===
Name history: [TIL]“Filo and Yang insist they selected the name because they liked the general definition of a yahoo – “rude, unsophisticated, uncouth.” Yahoo! itself first resided on Yang’s student workstation, “Akebono,” while the software was lodged on Filo’s computer, “Konishiki” – both named after legendary sumo wrestlers.”=====
Yahoo is being bought out by Verizon. Past two years, Verizon has done a number of high level acquisitions, including AOL.
Why?
Lateral expansion. Yahoo has an amazing suite of technologies that they just couldn’t seem to make profitable. AOL, long past its days of dial-up internet provider has become a powerful media giant in the realm of advertising and their surprisingly strong news, all things that tend to be invisible to consumers but as these are areas Verizon has been weak with, these make sense.
Now for me, I don’t care much about Verizon but I _do_ find their acquisitions interesting, at least these two.
====
Well, with the sale, the Yahoo brand goes with it, but Yahoo’s “corporate personhood” is what’s changing name and purpose. Yahoo the name and whatever infrastructure came with the sale becomes Verizon now, subject to sale, dismantling, rebranding whatever they like.What we think of as Yahoo is whatever Verizon thinks. They could even take the entire sold portion of Yahoo and rebrand it as “VerizonIntelligenceNet”, eliminating the name Yahoo from everything. [except Yahoo Japan where it’s under ownership of Altaba).

Or they could keep the current infrastructure running.

====
I suspect Verizon will keep things running as we, the consumer, know it. We’ll just see a little Verizon logo added to Yahoo. But that’s a bit of marketing trickery. Still, I’m sure they’ll be smart enough to keep Yahoo’s current serves running as they are. There’s a LOT under Yahoo right now like flickr and such.
===