Posted on December 5, 2015 by Kenneth Udut Leave a comment 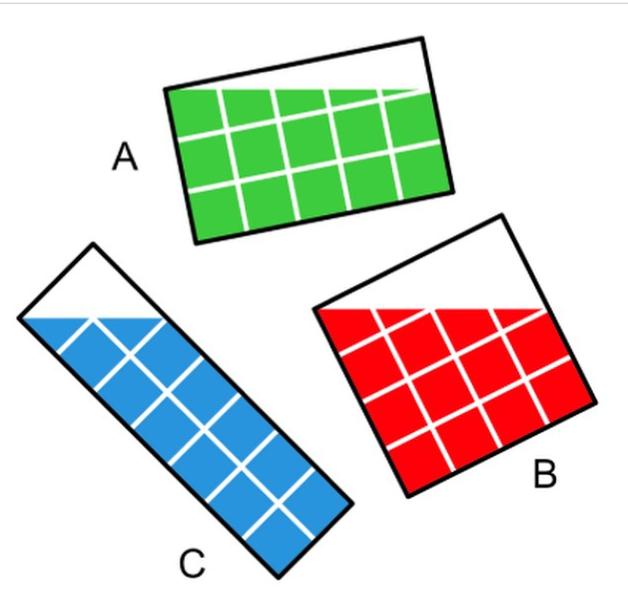 I was torn between A and C but I didn’t do it mathematically:

I just set the three glasses of juice on a table in my mind and saw which glass had the most room left and which one the least.

I was torn between A and C.

So A or C. The person who got B would get less juice.

In this scenario, there’s two kids with juice (or two picky adults with glasses of wine), and I have to quickly decide who gets what.

I’d give each of them A and C, and I’d take B for myself ’cause I hate ppl complaining about things being unfair.

They can bicker over A and C if they want. I’m just thirsty and I know I didn’t take the lion’s share.

I did this in school too. Some math teachers LOVED and some HATED that I turned things into stories and usually solved for estimates (unless the answer ‘popped up’ in my head right away), but lemme tell ya – I’m 43 yrs old going on 44, and the ability to quickly estimate “close enoughs” is far more a sanity-saver than anything.

I also hated “show your work”. My poor 10 yr old nephew’s was going through “show your work” stuff himself and I taught him how to keep doing it in his head the way he’s good at, and then ALSO showing work the way the teacher wants on paper.

4th grade he was on the verge of failing math because he’s good at it in his head, like I was/am – makes everything into stories that make sense to him.

Told him WHY teachers need “show your work” _more_ than the answers. He was annoyed at the school system for that (like I was at his age) but his grades shot back up.

In short, he just has to do things twice now. 1st get the right answer (or close enough) in his head, 2nd, show-your-work the way the teacher wants to see it. It works smile emoticon Good brain challenge btw – thank you smile emoticon