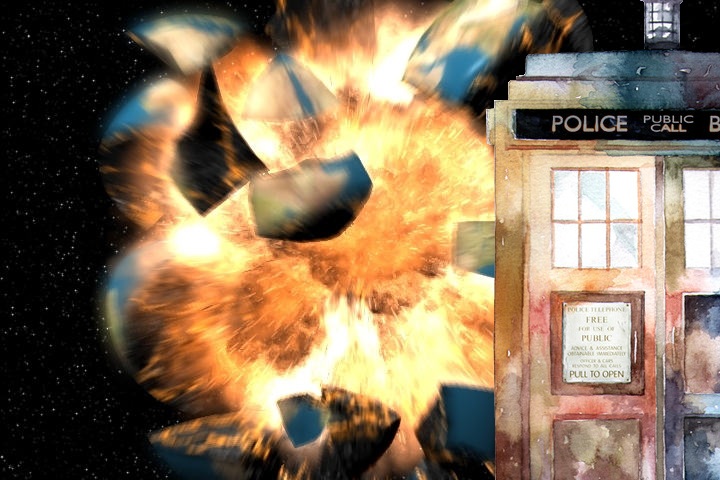 Same. I have an escape plan though. Don’t know if it’ll work out. I built this house 13 yrs ago across the street of my TARDIS but the chameleon circuit worked *too* well and I lost the key. https://foursquare.com/v/tardis/520f3d172fc67934e240321d I suppose though I’ll have to get in high gear and find it but I’ve got at least another 700 years before The Event, begins and if I can’t stop it between now and then.. well, I’d better find it. She’s mad at me because I called her a name and won’t show herself.

NOTE: Michael Bay helped me with this illustration. He… doesn’t understand physics very well, hence the flames and he made her look *terrible”. Still, he’s good for drama. This is not an actual hologram of the event, just my memory of it. He really loves those flames… even in space.