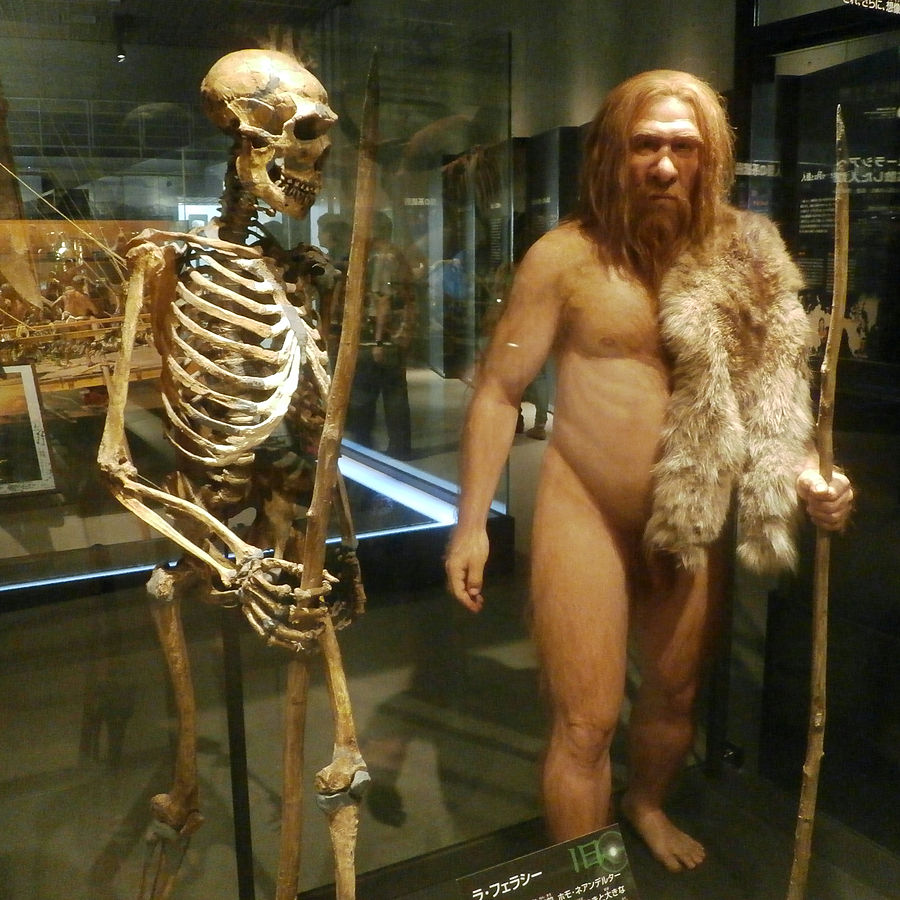 I believe we’re barely at the infancy of what humans are capable of. We’re a species of children, toddlers, infants. Come so far, done amazing things but just getting started.

I don’t know if we’ll see emotional and spiritual development for a long time. I doubt I’ll live to see it, but I still believe in it.

I’m looking at the link now. For all the random stuff I know about, this is a subject I know almost nothing at all about. I’ve been told I have some Neanderthal features, but seeing this guy as an example of “gerontomorphic” features, I’ve got more than I thought.

Not sure if that’s what you mean. Are we losing our “gerotomorphic” features?

I always felt a pull to the future rather than the past. I think of ancient man as resourceful and intelligent and clever because they had to be to survive. It’s from their thinking and doing that, bit by bit through the eons, ended up where we are today.

But we don’t know much about their cultures back then. It’s pre-history. Nothing’s much is written *by* them outside of some amazing art in caves so we know they had artists.

Most anything regarding their behavior is speculation on our part, usually some kind of “noble savage” romantic notions like they had in the 19th century and shown in Tarzan and stuff like that.’

I read that when I was about 12/13 yrs old. I only got 1/2 way through the second one and didn’t read the third. But that first one grabbed me and I couldn’t put it down.

I liked the front cover and the name. I got it from the library. Read it all the way through.

I brought it up in school (7th grade). One teacher couldn’t get over the fact that I was reading it and we had a lot of long discussions about it. [I was shocked that “why would a woman read this book about cave men?” and SHE was shocked that “Why would a boy read a romance novel?”]

It was only until ANOTHER teacher was annoyed that I read the book, saying “boys shouldn’t be reading romantic trash” that I realized that those sexy scenes that I mostly skipped over, were, for some people *the* main part of the book.

I remember one line said “throbbing member” and I probably laughed for a 1/2 hour at that. It was my first (and only) ‘romance novel” but that combination of words had 12/13 yr old me in stitches ’cause it was so ridiculous to me.

It was amazing at the time for me. The back cover is another reason I wanted to read it. “Historically accurate”, stuff about how she painstakingly researched everything about the Neanderthal culture and it was a best seller for like a year or two by the time I got a hold of it.

So I knew it was gonna be good, and it was good.

As we are TODAY, we have a choice: We can *choose* to keep using today’s tech or we can choose to go to the trees or any combination.

But that’s a VERY different thing than having *no choice* but to go to the trees.

That doesn’t make it wrong but it’s a kind of acting.

Religion’s biological. You don’t eliminate religion by saying “I am no longer religious”. Anytime you go “wow”, you’re religious. It’s part of our brains.

We trust technology today. Most people don’t know how their computers work at any more than a superficial level.

Yes, and I look up something on Google to see what *other people* think about a problem rather than solving it myself.

That’s not thinking either. You need better examples.

I’m agnostic (not atheist) (not that that matters) but here’s how I see prayer:

Instead of worrying about a problem that’s ALREADY out of your hands, you stick it in your subconscious. Sometimes you get the eureka solution later. (the “still small voice”). The mechanism works. Is it God or subconscious processing? Doesn’t matter. It works.

There’s people who use prayer *wrong* of course. Prayers aren’t incantations or magic spells or wish factories. It’s usually stuff like “give me strength to get through this shit”.

I say “thanks” a lot. It’s non-specific. I don’t name names. I hate the phrase “attitude of grattitude” but that’s what it is. What or who am I grateful to? Don’t know, can’t say. One person might say “God”. Another might say “randomness / circumstance”. Another might say “you got mental problems Ken talking to nobody”. But doesn’t matter. I still do it.

I’m fine with an undirected “thanks”

I don’t do “fate” though. Don’t believe in fate.