Posted on June 5, 2021 by Kenneth Udut Leave a comment 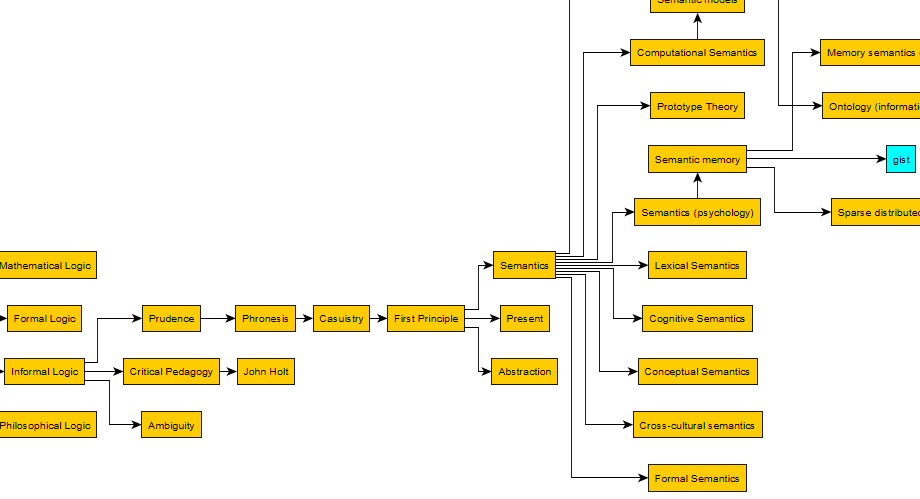 Etymology of ‘gist’ then how I got there:
gist (n.)
1711, “the real point” (of a law case, etc.), from Anglo-French legalese phrases such as cest action gist “this action lies,” from Old French gist en “it consists in, it lies in,” from gist (Modern French gît), third person singular present indicative of gésir “to lie,” from Latin iacet “it lies,” from iacēre “to lie, rest,” related to iacere “to throw” (from PIE root *ye- “to throw, impel”). Extended sense of “essence” first recorded 1823.
—Ken—–
Starting at FORMAL SCIENCE, I started following paths of “recently visited links” in Wikipedia (whatever is purple instead of blue) and marking them down in yEd. Links are not always hierarchical but association mixed with hierarchy is fine for my purpose right now. Stumbled about “gist” – it had no linkout and I realized, “I have NO IDEA where ‘gist’ comes from – I assumed it had to do with gestalt theory: but no, I was surprised!
—