Posted on October 31, 2019 by Kenneth Udut Leave a comment 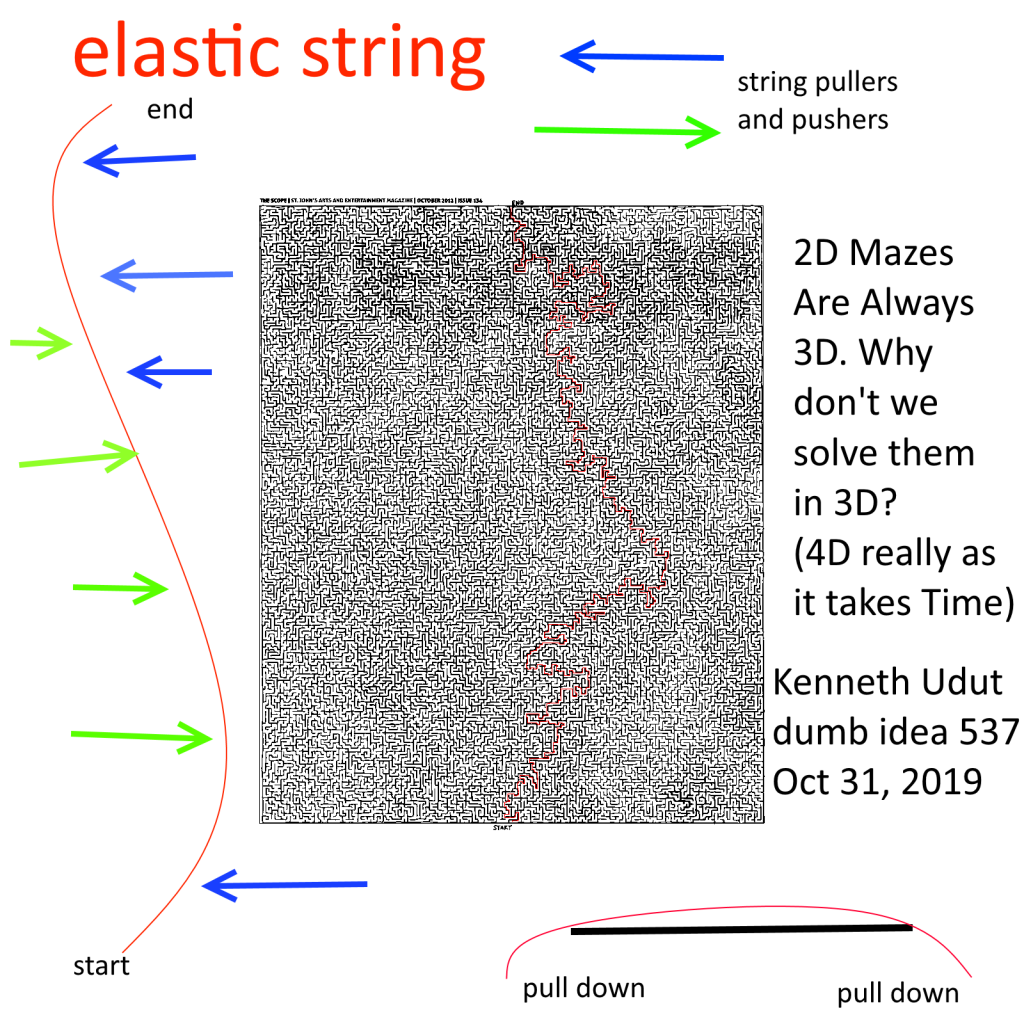 Dumb maze solution I’ve had forever. Saw a standard breadth-first solution and used their image to illustration my dumb idea. I’m sure this has been done somewhere so hopefully someone recognizes this notion and can tell me who did it and what it’s called. Kenneth Udut Oct 31, 2019

Yes, it is a heuristic solver like A* but it is more akin to utilizing pixel connectivity to increase certainties of solved parts.

So, if the string (or string of pearls rather as it’s pixelated but connected) finds a path that’s 3 long in the middle somewhere, it will stake its ground but but it is always watching the neighboring unsolved pixels to see if they’re near enough to be reasonable. 100% certainty is only reached at the end but any connected sections would be reasonable path solutions if stopped early.

It’s distinct from curve fitting as it’s coming down from an “above layer” that extends to the layer underneath the maze utilizing some method that can simulate string tension pulling downwards towards a final solution that will be entirely on the maze layer.

I suppose there is four layers in total:

At the start, string will be on all four layers but at the end, only at the maze layer.

but you can’t run a maze solving factory without supplies.

Did you just draw that? I love it and thank you.

This is where the elasticity is key. You don’t know how long the string will be at the end. It will always be longer than it is when it starts.

WIthin each horizontal solving ‘bot’ a number of techniques can be used.

Multiple solutions are ok as my concern is solving it effectively. Efficiency is not a goal.

In real world scenarios, efficiency is a bit of a ghost we chase after. We’re lucky to find effective solutions.

I absolutely appreciate that you’ve taken the time to go through this. Anytime I’ve brought of this notion or similar ones, it’s difficult to find anybody who ‘gets’ what I’m shooting for here.

Your questions are helping me refine what I’m thinking of and they’re invaluable. Thank you.

More thoughts on effectiveness vs efficiency: Consider the path-finding of a lightening bolt. It is not always shortest path but it is effective.

To accomplish both maximum efficiency and maximum effectiveness simultaneously is basically an impossibility as they are on two different axis. 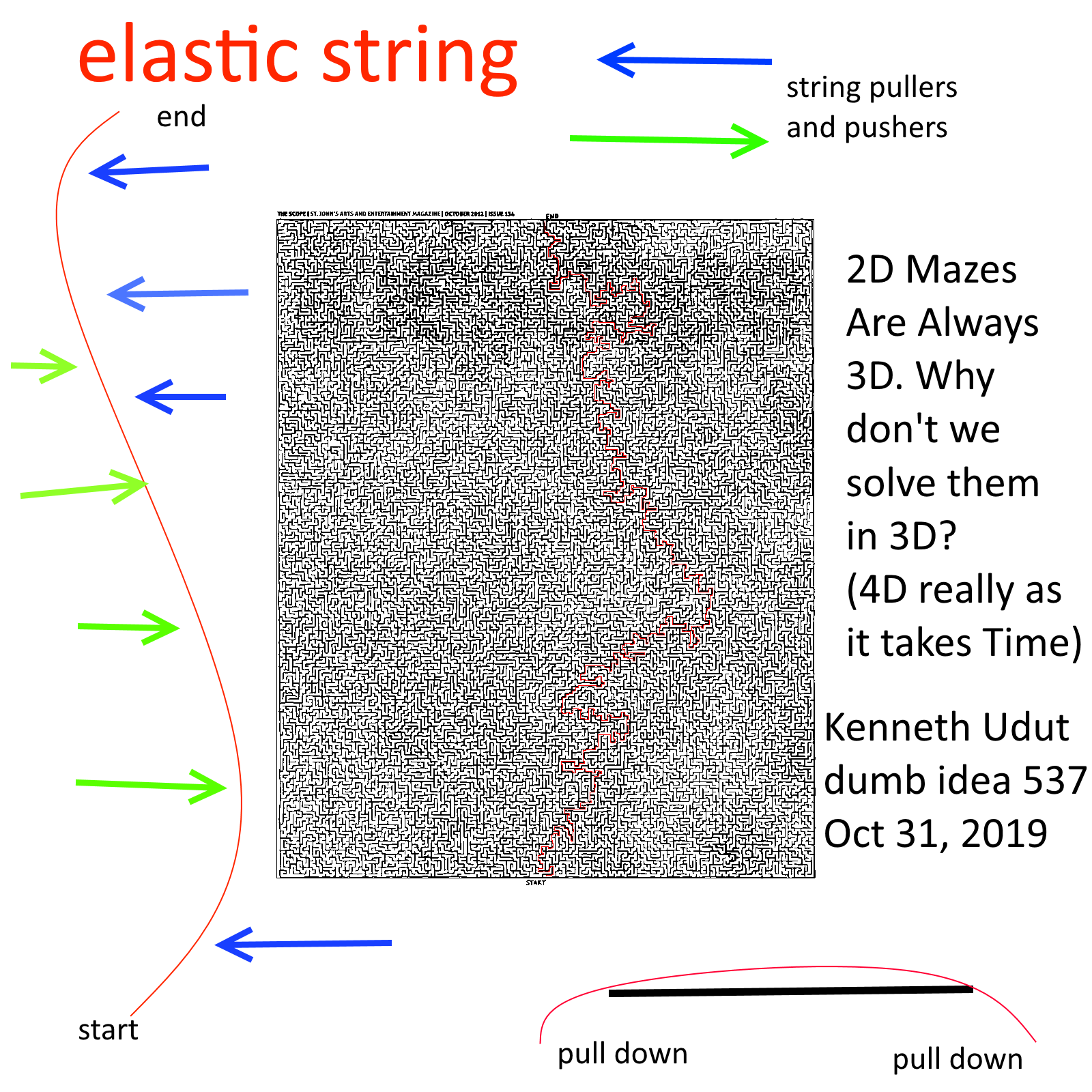