Posted on April 8, 2016 by Kenneth Udut Leave a comment 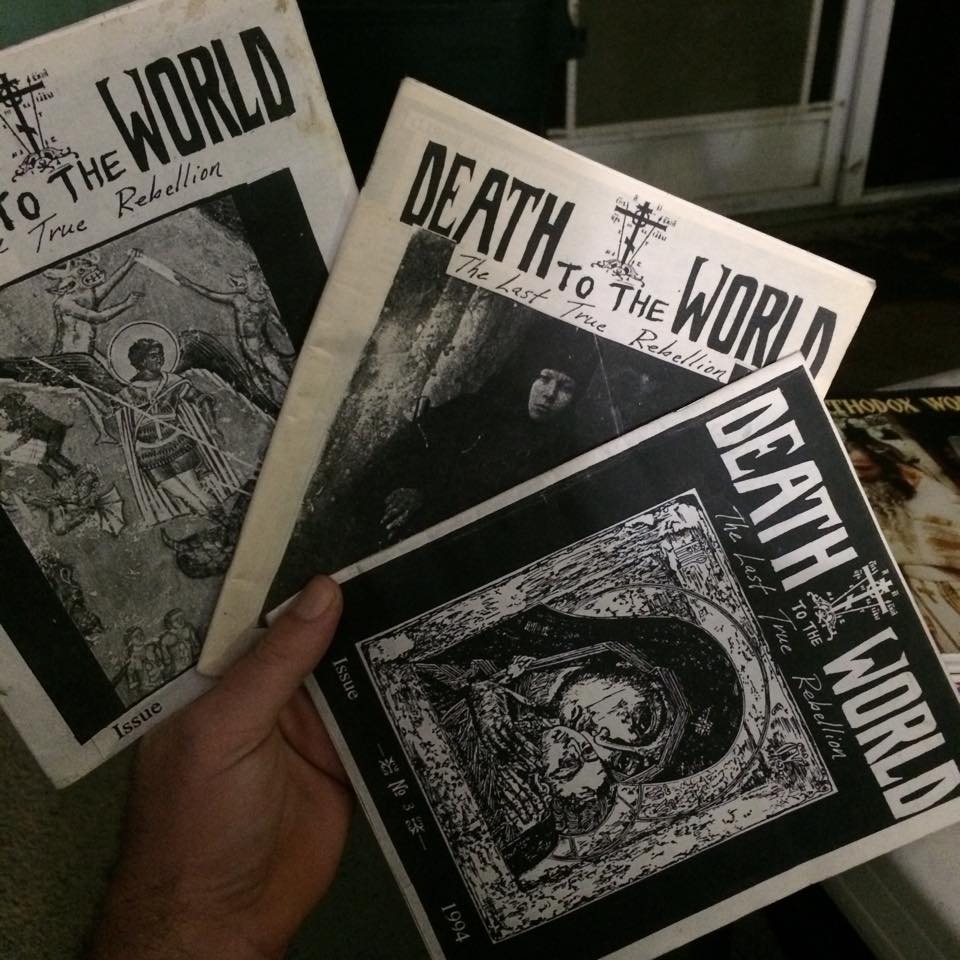 Came across some ‘zines from 1994. “Death to the World: The Last True Rebellion”.

I spent years reading, researching, being really involved as much as I could, about 5+ years.

I used to carry these around and show them to everybody.

While I’m not involved now: I have to consider myself agnostic to have honesty here, I enjoyed this time and have no regrets at all. I may get involved again one day – who knows?

This was 22 yr old Ken’s answer to his Misanthropy – 1/2 a lifetime ago. Not a part of it for a long time but I gotta say, it was a great marketing campaign for a monastery: I nearly got on the bus to Alaska.

1/2 a lifetime ago, when I was 22 yrs old, I was going through a religious questing phase. Stumbled upon Eastern Orthodox.
Not involved now – haven’t been in forever. But fond memories. When I get into something I *really* get into it.

Anyway, good marketing campaign for an Alaskan monastery: nearly got on the bus. Ended up staying in one for a bit elsewhere later on.

So, Chaos: What interesting things have you done / are doing – to try to deal with the “something’s not right with the world/myself” feeling?