Posted on March 5, 2015 by Kenneth Udut Leave a comment 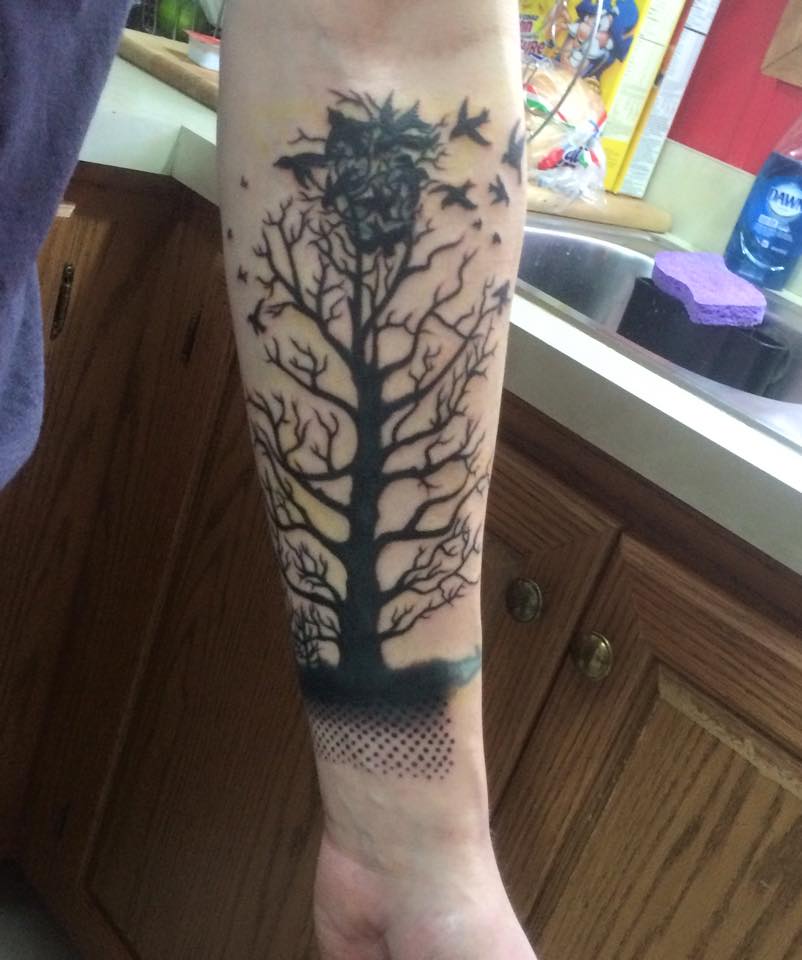 I don’t have any tattoos yet.  I always tell people who ask me, “Ken, when are you gonna get a tattoo?”, I say the same thing, “When I find something that means something enough to die with it on me.”

I’m not trying to be sarcastic – it’s the truth.  When I find “the right symbolic image”, then I wouldn’t hesitate to put it on me.

Well, my friend Dan, now 36 I think, was 11 years old when I met him and I was 17.  He was a kid who thought I was cool as I walked around town and he started bugging me to hang out with him, his family and his friends and over on his part of town.

Anyway, while he was younger than my other friends, he was persistent and he became like a little brother that I never had and I became like his big brother, and his whole big family became part of my new family, aunts, uncles, parents, brothers, cousins, for a few years.

Didn’t seen him much when I went off to college for a year and a half,, but he was right there every time I came home, and when I came back permanently 1.5 yrs later and embedding himself in my life for some time.

Helped him through the worst times of adolescence, even helping him through his very nearly Romeo & Juliet saga with his One True Love when he was like 15-17, car trouble later, and less and less so ’til he got on his feet and found himself. He married the girl, they had kids that are probably going or went through their own epic sagas  –  they’re about as “Happily-Ever-After” as a couple can get as far as I can tell.

A deep soul, tattoos were always important to him.

He just had this work done.  Black + White Tribal art was big in the 90s, and he was always big on the sharp black, crisp lines, etc.

It’s a coverup for a very old tattoo, his first that he did when he was 14 or 15 – a thorny vine or barbed wire (I forget) around his wrist.   You can see bits of it peeking out.

I gave him a reading of it; hope he likes it, but I think he will.  When somebody gets a tattoo done, while for some people it’s just out of boredom, for most people its really meaningful, and even if I get the ‘reading’ wrong, I think he’ll appreciate it, and now I’ll share it with you, because you’re all just as important to me, as this strange little boy who followed me around as a teenager and got me to love him like family.

“I love the symbolism. Particularly, the ground and the dirt below and that, while in one sense it’s a cover at the same time, it may be something else. The tree grew in the remains of the old symbolism, anchoring not only the hidden roots of the tree, but stablising the very ground that surrounds it. It no longer has to be visible because its foundational, structural. It holds the tree, paradoxically both a dead tree yet also a fully living winter tree; never giving up its secret of whether it is really alive or dead, while birds begin to flock together and build a home at its peak, closest to the sky, freely coming and going, building, resting, coming back home and flying away towards the unknown, all taking turns.

Whether or not any of that is true, I don’t know, but that’s what it speaks to me. I love it.”

We rarely communicate, not for years, but there’s no need to.

When you’re #BestFriendsForever you really are.

BFF can run deep and it never dies.  Like the tattoo that’s been covered up, it lives on, beneath the surface and they become a very part of who you are as a person and the caring, at some level, is always there.

He replied, “That’s perfect ken.. I love it thanks”

So then, I had to make fun of myself

You’re welcome. I can turn a sippy cup and a straw sitting on the floor of a museum into something that sounds deep and symbolic.

I’d be sitting on a bench in the museum (if I hung around museums which I don’t; I don’t really like them much) – writing a long piece about the symbolic nature of the straw, cup, the little drops of red fruit juice staining the floor like blood after a … and then the mother rushes back, looks at me and goes, “I’M CLEANING IT UP, ok? Are you really writing about it? What are you the sippy cup cop?”

Yeah, I’m “That Guy”. They had to come from somewhere