Posted on November 19, 2016 by Kenneth Udut Leave a comment 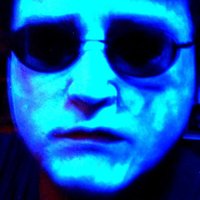 Being a clever boy who knows how to play his core isn’t tough. It’s clever. There’s a difference.

“Toughness is a measure to which one can take abuse, ” – that definition makes Clinton one of the toughest people around. Trump can’t take abuse, not even for a moment.

Even his son Eric can’t take a moment of abuse when teenage boy heckled him. What’d he say, “sticks and stones may break my bones” or something?

I don’t care that she lost, but you need a better metric for toughness than ‘taking abuse’ because if that’s your metric, Trump is a wimp and my point is proven.

been online since ’89 dude. there’s nothing on the internet i don’t know something about. same shit, called by diff thing, for diff eras. liberal internet and virtual activism goes hand-in-hand. the difference now is that the right learned from the left and can apply it with equal effectiveness. At once time, the conservatives were clueless but thankfully the playing field is leveling out. It should be fairer like that, but I’m uber liberal.

to me, praise kek + the meme wars is the power of furry fandom is the bronies getting hasbro to continue MLP. Different spheres, same kind of role playing that, whatddayanknow can actually make a difference irl. Activism. Internet’s good for that. What I enjoyed watching about the alt right was the 4chan gossip showing up on Fox or elsewhere. TV media has been losing relevance for such a long time now that they’re desperate for ANYTHING and gave up any sense of integrity decades ago, before i was born even and I’m 44.

Well I’m glad you found your subculture and are enjoying it.

lol it’s a change of administration. Of COURSE they’re leaving. Trump’s aides were clueless and now they had to appeal to the PUBLIC for applications. Ridiculous for a government, but I’m sure there will be some spin about “planned it all along in order to drain the swamp”. Whatever makes you sleep at night.

Did you apply? I know a bunch of folks from liberal colleges are applying so they can get in and start infecting the West Wing with liberal ideas.

His administration isn’t even BUILT yet and it’s set to crumble from within. They should’ve been more prepared to win.

Without even reading more than what you quoted, my stomach is hurting from laughter. This is why I don’t worry excessively about a Trump presidency. I gossip like everybody else, but his administration will be good proof of the power of checks ‘n balances in the existing systems, which goes beyond the three top branches and down to the local levels.

PS – wanna help the college liberals that are working to get in to crumble his 2017-2021 administration? You don’t have to agree with their liberal values but their notion of infecting-from-within is a strong one, and their resumes will get them into a number of positions.

I just bring it up ’cause I found this concept amusing. I have a little deviant anarchy in me, what can i tell ya?

Gotta make the bubble as big a possible before jumping off and letting it burst. The big investors didn’t create the bubble but they know how to blow it up successfully for the fictitious market.

I never have the investing fortitude to try stunts like blowing up bubbles and riding them. I was more of the contrarian who looked for outliers that got depressed inappropriately within their sector that had fundamental strengths (not just fundamentals (’cause fundamentals are also fictional due to inherent human bias). I almost miss investing tbh but it’s just as fun to watch others do it.

About 10 years ago, I put RIT color brightener on my face and put my face under a blacklight to get a glowing effect. Face looked regular with the normal light. Turn black light, it glowed blue. Experiment was a success.

But I’m a nerd who does things like that. Add me to the Motley Crue.