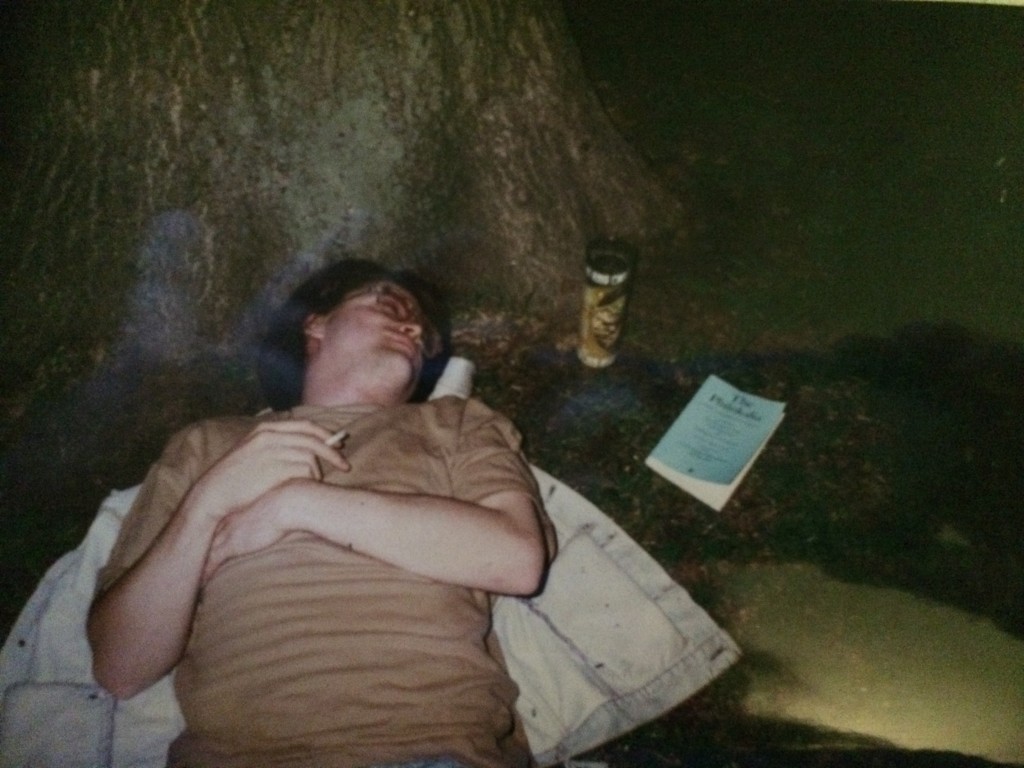 43 now, an embarrassing shot of me taken in the late 1990s when I was in my mid-late 20s. Hanging out with friends, drinking beer at a park… with a candle to read by and my Philokalia smoking a cigarette. I wasn’t drunk; we did one of “Death Poses” and so, to 24 year old Ken, this is how I wanted to look when I died.The Candle looks Catholic – so it was *probably* when I was 26 and _almost_ joined the Roman Catholic Church. I worked at a University.. saw the priests in training (Seton Hall) and thought, “Wow, I could do that!). I still could. But after reading the Catechism from cover-to-cover I was like, eh, nope.What does this have to do with the OP? Nothing I was just going through pictures and wanted an excuse to share this one.In retrospect, I was a fangirl. A scholarly, serious fangirl. I get fangirlish about stuff. 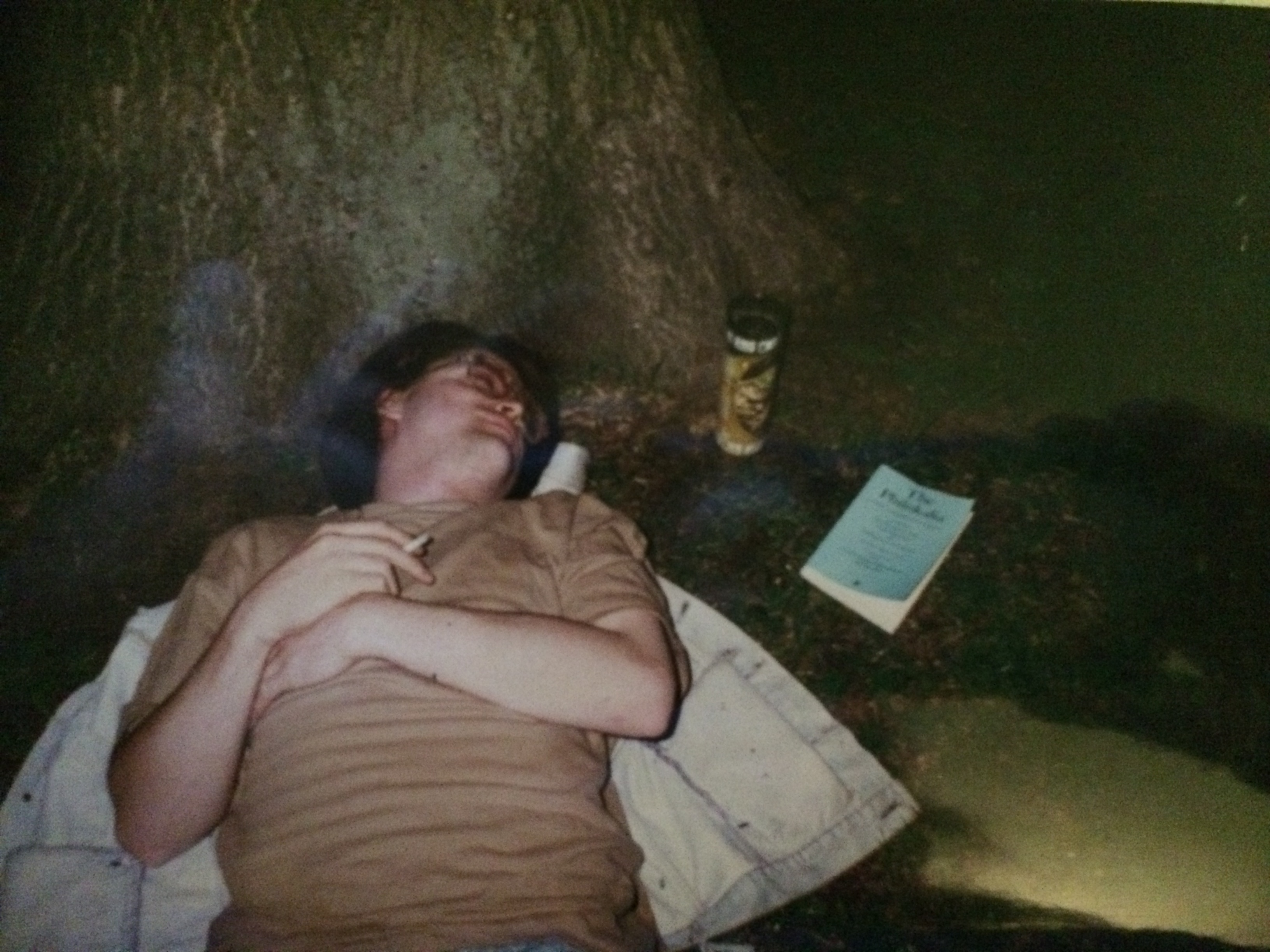