Posted on January 5, 2017 by Kenneth Udut Leave a comment 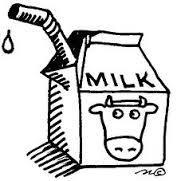 My #childhoodruined moment wasn’t the soda concentrate: its when I learned that milk in milk dispensers came in large, floppy bags. This disturbed me greatly for some time.

I kept wondering, “Why don’t they just have an artificial cow udder as a dispenser while they’re at it?

I can handle it now…. but at the time I thought of the bag and those tubes… and the milk sitting in the tubes overnight… and getting sour… and if I was the first person to get the milk, the milk would push down the tube, slowly moving the sour 1/2 dried milk skin residue down the sides of the tube into my bowl of cereal or glass of milk. …