–
“ Nothing greater than this natural base for every line of thought.

t’s at the core. I usually call it “metaphors” as a loose coverall, but that’s because metaphors are themselves nuggets of analogical reasoning. “What makes this metaphor work?” never ceases to fascinate me.

Main change I’d make from that illustration? Change the right hand “wheel within a wheel” to a double-loop or somehow capture the double-loop sense a little better with both wheels. I suspect it’s just an emphasis difference as I think both models are saying the same thing, with this loop being more subjective-centric action oriented.

From applied medical ergonomics, this is a good example of both illustrations.
The theoretical is at the top. The reality is at the bottom. “Abductive muddling” is not bad – it’s how it is and it works, but it’s not how things are taught but rather learned along the way.
[from here: https://www.sciencedirect.com/science/article/pii/S0003687017300753 ] 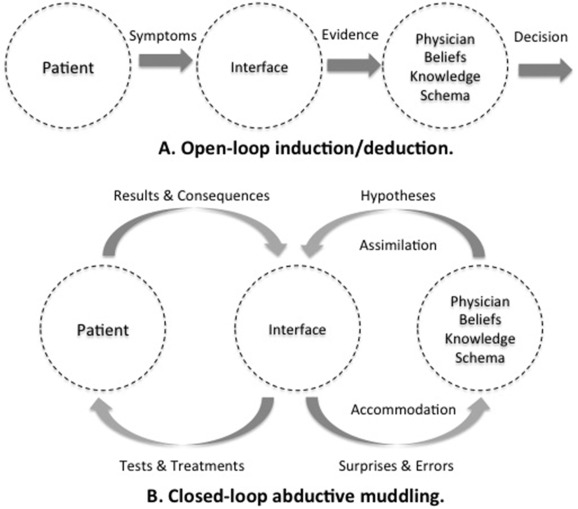 =====
Anyway, that’s my own side track: I find “how concepts are taught” to be fascinating, as it is the teaching diagram that *is* the analogy / metaphor to reality.
How much that visual metaphor (diagram) matches to reality (or rather, where it fails) fascinates me.
—–
I love how there are so many fascinating ways to view a thing. In this case, the emphasis is on speed, efficiency vs effectiveness, collaboration of resources; it’s a “do-ers vs thinkers” loop or rather, how one can transform into the other.It was inspired by: “a fox knows many things, but a hedgehog one important thing” – Archilochus 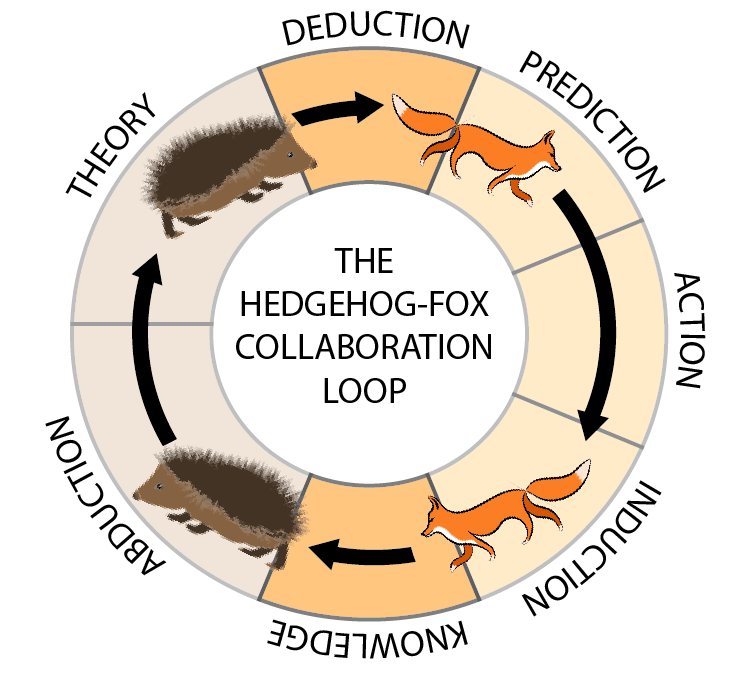 —–
here is the “Diagram of the organisation of the Mark 1 Perceptron. Source with feedback loop not shown” as shown in “Machines that Morph Logic: Neural Networks and the Distorted Automation of Intelligence as Statistical Inference 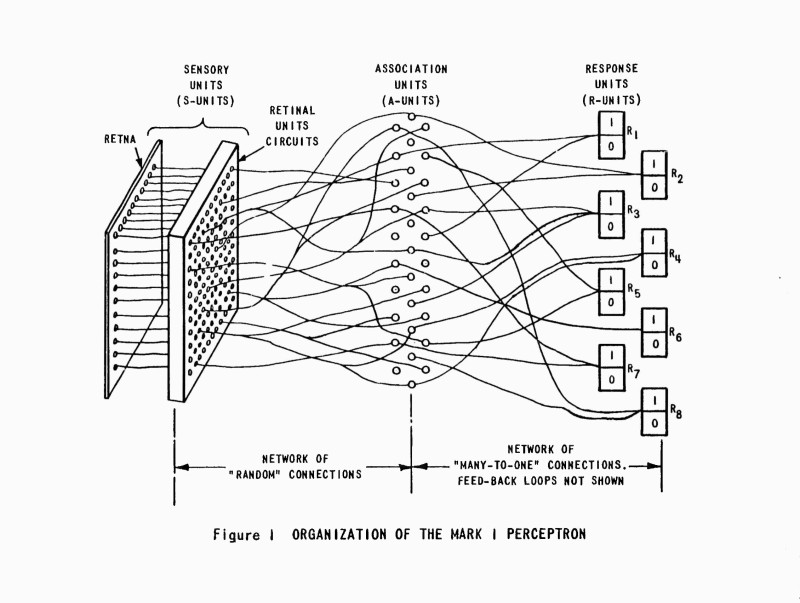 “So we’re basically already starting equipped with a relational component and our entire existence depends on analogical reasoning, without comparing and contrasting and pattern seeking, there is no life.“
——
Yup. Without it, there’s probably just fear leading to death. Analogical reasoning uses a low-energy, sparse network of connections.But what if faced with the unknown? You have no analogy.https://www.ncbi.nlm.nih.gov/pmc/articles/PMC4448811/
=======
I honestly believe THIS is why babies cry.
—-