Somebody told me what it was called when I posted this form last year but of course I don’t remember its name.

Always saw it as a base unit for a logic circuit but never acting alone but typically acting in twos and threes, typically threes, but matrices of them could get far larger than that and in higher dimensions. Each remains semi independent of each other, although some special dyads and triads would be interlocked with reduced degrees of freedom.

Ah, there it was – 4 days later. “How much is this like/not like that” with as many this’ and that’s as necessary in parallel or not. The overlays are my pathetic attempt to show multiple overlapping dimensions but it gets the idea across I think. 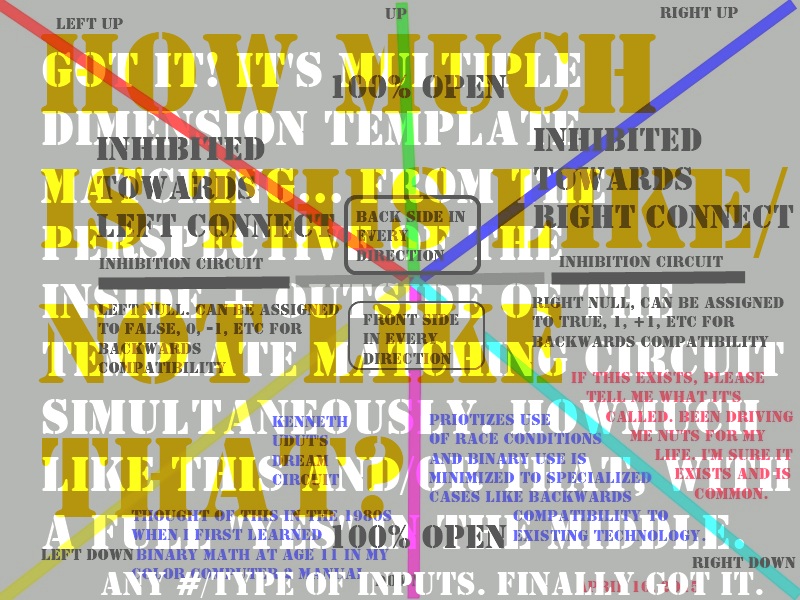