Posted on November 19, 2015 by Kenneth Udut Leave a comment 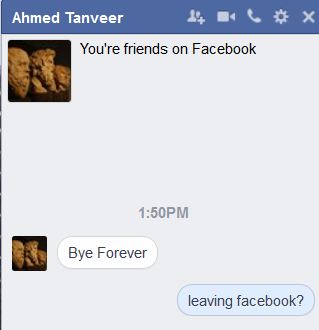 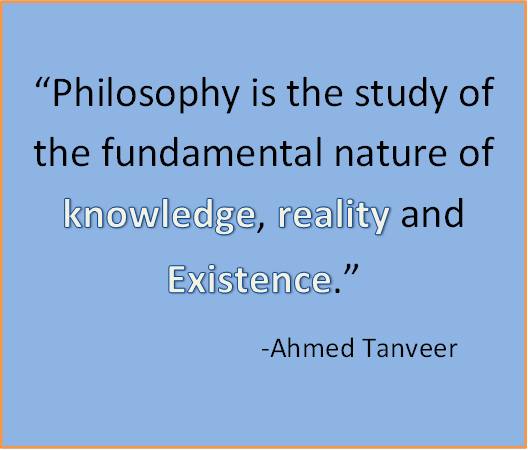 Ahmed Tanveer Reality in real exclude it self from relativity therefore reality cannot be totaled.secondly, nature basically is a model/structure/tool to investigate other phenomena and this tool design varies therefore fundamental nature of nature doesn’t exist.
· November 14 at 10:24am“
—
LG: Why state this as a quote by you? It’s in every dictionary and was probably said thousands of years ago.
Ahmed Tanveer Because I know how to own a word. or I know how to answer Why.
Unlike · 1 · November 14 at 10:51am · Edited
–

Ahmed Tanveer – Thank you for being you.

You are a deep philosopher and have contributed many wonderful things to the Philosophy Facebook groups.   I will miss your contributions.

—
a note I wrote to get my thoughts out to a group of my personality type (infp):

I can’t get this out of my head. I received this message14.5 hours ago. He is a member of some Philosophy groups I used to participate in. Really smart guy, great with little quotes he made up here and there. Reminds me of a more cryptic [and less verbose] ‘me’.

He’s made lots of friends from the Philosophy groups he was in and outside of a couple of old pictures of his and his wife or girlfriend (I think wife), and a mention of a new house he got in Denver CO, USA a month ago or so, I don’t know much about him, just that he was a person on the forums.

But to suddenly get this message was strange. I can’t get it out of my head, slept a little, returned back to it.

He travels a lot; been to Dallas and Colorado, Lehore Pakistan… and I’m just concerned.

Whatever his troubles, my heart emoticon goes out to him; he never messaged me before and didn’t see my reply [it still remains unseen].

*sigh*. I guess this is one of the troubles with online. People can sometimes just “go”. What can you do? I just hope for the best. His philosophy posts had been more and more about “silence being greater than words” and such. I’m just hoping he just decided to get off of online – maybe taking up too much of his time.

With all the insanity in the news, of course my mind goes there and then I have to push it aside.

No need for anybody to do anything. A person leaves, they leave and I’m honored that he chose to message me to give a notice about it. But still, it’s hard.

I seen many people come and go from online through the years; usually without a word they’re just ‘not there’, and sometimes I’ll get a “bye” message if I’m lucky.

I think it was the forever part that got me. All I can do is that, whatever prompted him to write this to me, is all good and all ok and that he made a decision to go offline and live his life offline.

I just wanted to share with a set of good sympathetic ears and there’s no better place than here. Here’s to you, Ahmed Tanveer. I hope all is well.
—
The post received a couple of likes.  I wrote more deeply on it.  Here:
—
The thought that keeps running through my head that I can’t shake, is the cursed: “What if”.

_What if_ can lead us down a crazy maze of thoughts and emotions and we can end up in some strange mental spaces.. unfamiliar, uncertain and yet, as one travels down the What If pathways, one starts to feel certain.

Of course it is a “If”. There’s no certainty with an “if”. But it can feel that way if you let it grab hold of you and it doesn’t like letting go.

In this case, the thought crossed my mind: What if he was just a regular guy. Living and working between the US and Pakistan, going to University, reading, participating, thinking.

Then one day, he gets the call. Conscription into service. Military.

What then? What happens to the University teaching? The reading? The thinking? The socializing? The friend-making?

Called to serve. In the USA, we once had military conscription. It’s before my time – I’ve only heard stories.

But in many countries and in many places, conscription is just a fact of life.

One day, you will be called.

Drop everything. Life as you know it is done and you have a duty to perform for the betterment of a greater good over self.

So, this is the thought that keeps crossing my mind.

What if he was never really going to participate in online life? But as time went on, he started participating, making friends, moving towards a future that wasn’t his.

Then one day: It’s time.

What if this chain of thinking is true? What if my name was Ahmed Tanveer and I was called into service? Just like that? Suddenly? No warning?

Of course I have no idea if he was. This is wild speculation on my part.

So I keep pushing it away, pushing it back, saying, “Stop going there. He’s most likely just leaving Facebook”

But why is he leaving Facebook? Then my mind goes back there again and I have to push it back again because I have no real evidence. No real facts to work with. Just two words:

I can’t shake it. I’ll have to. I have things I have to do, and I’ve been doing them all along these past 15 hours or so.

But it hurts the heart. Not knowing. I have to let it go. I will let it go. But for now, I worry for my friend, a guy I barely knew yet suddenly wish I could, now that he’s left a place I can contact him on.

Thank you for listening. Each like is like a little hug and it’s just what I needed. Thank you.

It was so out of the blue. Like, no warning. I barely knew him. He was just a guy on the forums.

But then, out of all people (maybe I was the only friend on his list that was on at the time), I get that message. Bye Forever.

I responded, “leaving facebook?” immediately but it wasn’t received. Last two words. Freaky. Gotta push it out of my head but yeah, it’s freaky.

11/22/2015 UPDATE:
UPDATE: My friend is ok. He just replied to the “Bye Forever” and my “leaving Facebook?” with “Not really” and this cryptic message on his Facebook Wall:

I don’t know what he means and it doesn’t really matter to me nearly as much as the fact that he responded at all.

I woke up with a notification of the Messenger on my phone, which was at 1% but long enough to get the message, and when I got to my computer, I saw what you see there.

My heart emoticon is glad. I couldn’t shake the “Bye Forever” message, although I got over the initial shaky feeling but this fixed the rest of it, which was a leftover general unease.

Thank you all for being supportive during my concern. It’s rare to get closure and I got closure here.