Posted on October 24, 2018 by Kenneth Udut Leave a comment 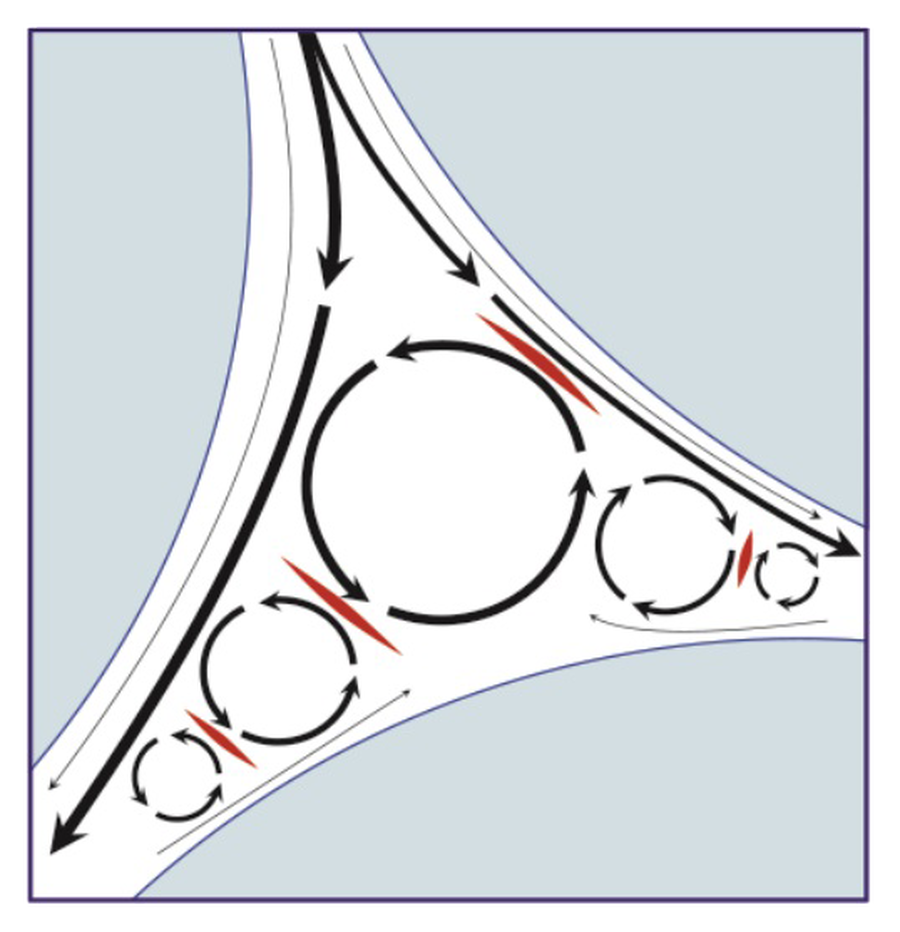 I have to help an 8th grader w/math but will return. He’s one of a very few philosophers that worked on mysticism, which this kind of experience is describing but from a modeling point of view.

It’s in those zones that another dimension occurs.

Nothing woo needed either. I give eddies as a physical example.

When there’s a ‘null’, there’s something Always something. But from the perspective of that dimension, it’s invisible or pointlike or static.

It’s akin to a flatland problem.

So, what’s distinct about that null zone?

I have to find the description I once read but it had to do with what happens in a category-less state.‘

or it might have been my original work… it was around 2014 so I have to go through notes.

This captures a projection notion I was thinking. Might point to a physical “pushing forth” in a novel direction while expanding in a measurable fashion.

Hold up: This reminds me of a notion I had a few years back of intersecting / overlaying “NOR” logic, with a view of the FALSES being a darkening and the TRUES being transparencies.

Hold up: This reminds me of a notion I had a few years back of intersecting / overlaying “NOR” logic, with a view of the FALSES being a darkening and the TRUES being transparencies, but the circuit timing can change output, even without additional input.

Back in 2014, I was using Vine to take notes as I thought of them. I was so enamored by NOR concept I had, I registered a domain for a year and put notes on it in order to crystalize it in my head.

I meant to link this:
https://coub.com/view/olwy7

So, that’s what’s in the null. Everything that you’re not is who you are.

But it’s all quite rational and logical. With no categories, what’s left? Everything.

Important distinction, yes! It’s not that internally driven impetus is impossible but it’s important to note any possible external drivers.

Well said. An analogy can be made to the so-called “frozen” “fight or flight” responses or “analysis paralysis”. These are usually non-peaceful states but with similar mechanics I think.

I worked cerebral palsy kids long ago – diagnosed with it myself as a baby (physical therapy worked wonders on me) – and their muscles appear “frozen”, but it’s not frozen at all, neither is the “frozen in fear” frozen.

Rather, it’s a very fast “back and forth” that’s balanced but strong.

In the case of muscles, push-pull balance equally resulting in a pair of muscles that cannot do anything but continually remain in that continually balanced state.

In “frozen in fear” or “analysis paralysis”, each possibility “weighs” equally on the mind with none greater than the others. Result: Cannot move Cannot decide. Yet it’s constant movement and constant deciding.

What they can’t do in that state is stop.

You speak to my heart there.

As an occasional exercise for my mind, to remind myself not to forget such things, I quickly imagine things like:

“What if all solids were exchanged with gases?”

and for a moment, I imagine the air around me turning solid and I become mostly gaseous.

As I have a tactile imagination (I can imagine the sensations), it’s quick reminder of negative space.

I also try to focus on gaps. With anything. Gaps. Find them.

“Embodied Cognition” was a great relief to discover as it moved me away from computational theory of mind, which never seemed quite right.

Hypothesis: Everything is true.

I don’t think babies start with a sense of self separate from other. First a mapping of face to face if vision is intact. But is there a distinction yet?I think it’s earlier than dev psych says though. I think the ability of their muscles to do EVERYTHING gets in the way of demonstrating to scientists that they have a sense of self yet.

I’ve been on a process of quite literally “collecting my thoughts” for a few years now. I’m finding everything I ever wrote, collecting them publically for honesty (but not to show off, so I made it an ugly site), starting about 4 yrs ago.I called it
http://icopiedyou.combecause the “you” is the me that outputs for the purposes of the “me” that’s processing it all.Before starting the site, I spend six months with piles of index cards collecting my EVERY thought as it passed my mind. Sometimes it was 3 or 4 cards at once. I had thousands before I stopped the experiment and still do. I should go through them.How does this relate?

First card was this and led to thousands more. 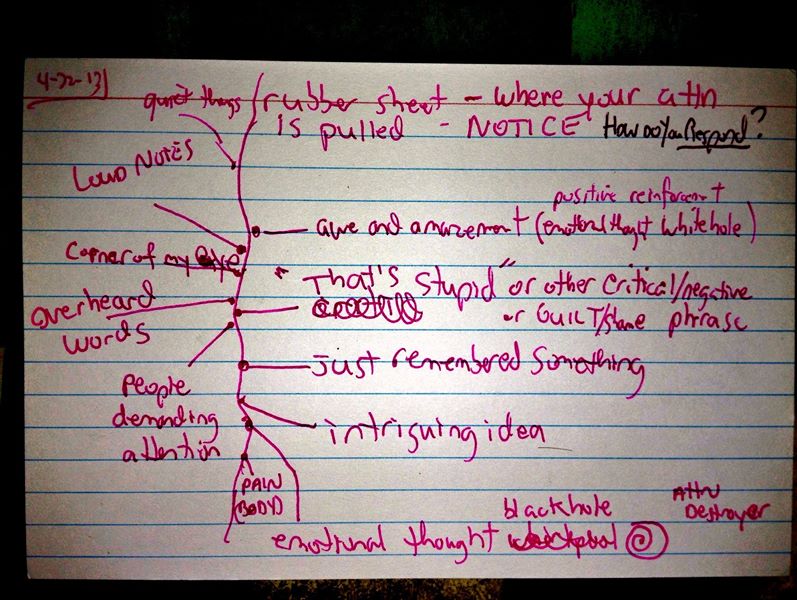 ——-
During the study, I realized what I was searching for was https://en.wikipedia.org/wiki/Salience_(neuroscience) but on a more philosophical level as well.
====
6-23-2011 Heyoka – holy fools – sacred clowns. the contrary.I’m not physical but it’s by choice.. I’m physically strong, even now but I feel responsible for “clean up” stuff. Last physical fight I wanted and did, I was 16 yrs old and it felt ‘too old’ then. I don’t want to hurt other people, even if they want it.
======
“drive to articulate” but even prior, “why is my attention drawn to something?”
——
“Incredible Hulk” was the main childhood superhero I related to if that helps.
======
What makes something “stick out”? Pattern-seeking, creating categories, novelty or comfort — from whence the drawing-in?