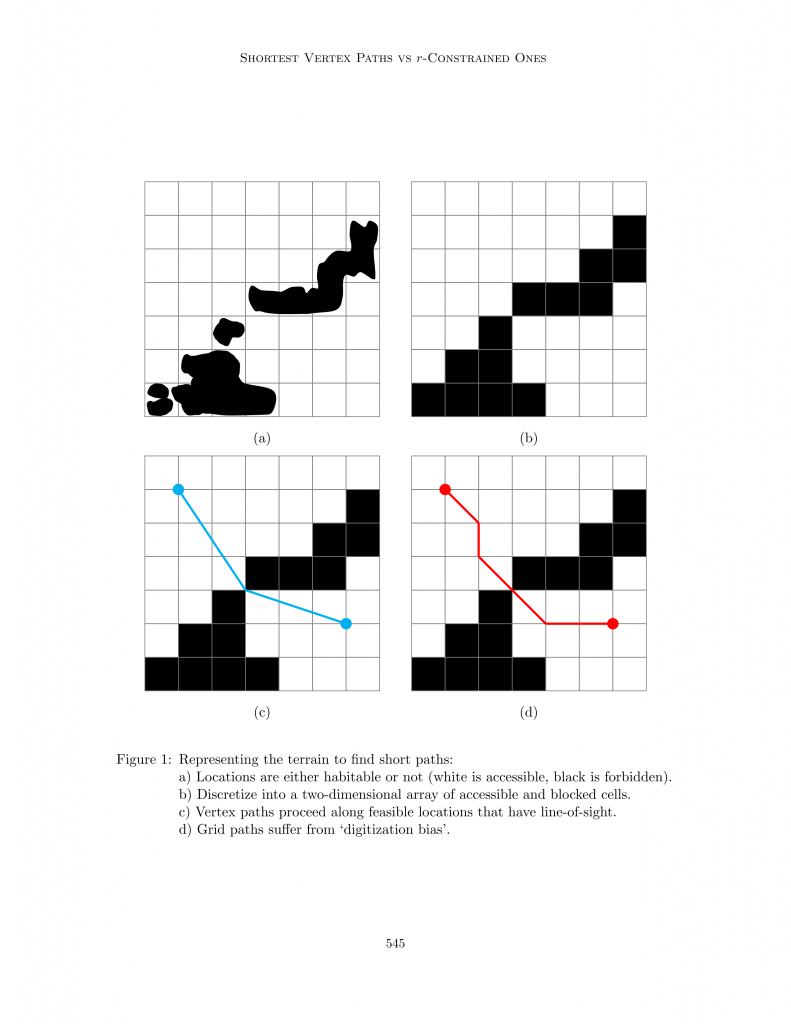 Ah! A simple “Constrained ‘short enough’ path” that’s not shortest but far from long. Looking for you!!

From Hofstadter’s Butterfly –> Indubala I Satija –> Wikipedia: Farey_sequence –> Farey sequences are prominent in studies of any-angle path planning on square-celled grids, for example in characterizing their computational complexity[13] or optimality[14] –> ”
The Length of Shortest Vertex Paths in Binary Occupancy Grids Compared to Shortest r-Constrained Ones
Article Sidebar
Published Aug 19, 2017 ” –> this.

“The problem with P=NP / Travelling Salesman etc is the CONSTRAINTS ARE ASSUMED.” Kenneth Udut 9/30/2013
The trouble with P=NP problems is simple:
and it’s the same problem with ALL of them:
Too much is left to assumption and not defined.
The problems aren’t intrinsicly difficult. No problem is.
The problem is the CONSTRAINTS are assumed.
One assumption is the granularity. How big? How small? What is being measured?
If the travelling salesman is a giant, well he can visit all of them at once with his foot.
If the travelling salesman was a beam of light, he could visit all nearly simultaneously, so long as he was up high enough to capture everybody at the same time.
Be specific about the constraints and THEN we have something to work with.
How wide is the road? (bandwidth).
etc
FURTHEST TO NEAREST, (DOWN THE DIAGANAL)
=====
YES!!! It’s my “elastic band traveling salesman” solution I hit upon four or five years ago!!! Oh where’s that post I made of it?
The Length of Shortest Vertex Paths in Binary Occupancy Grids Compared to Shortest r-Constrained Ones
Published Aug 19, 2017
Patrick Chisan Hew 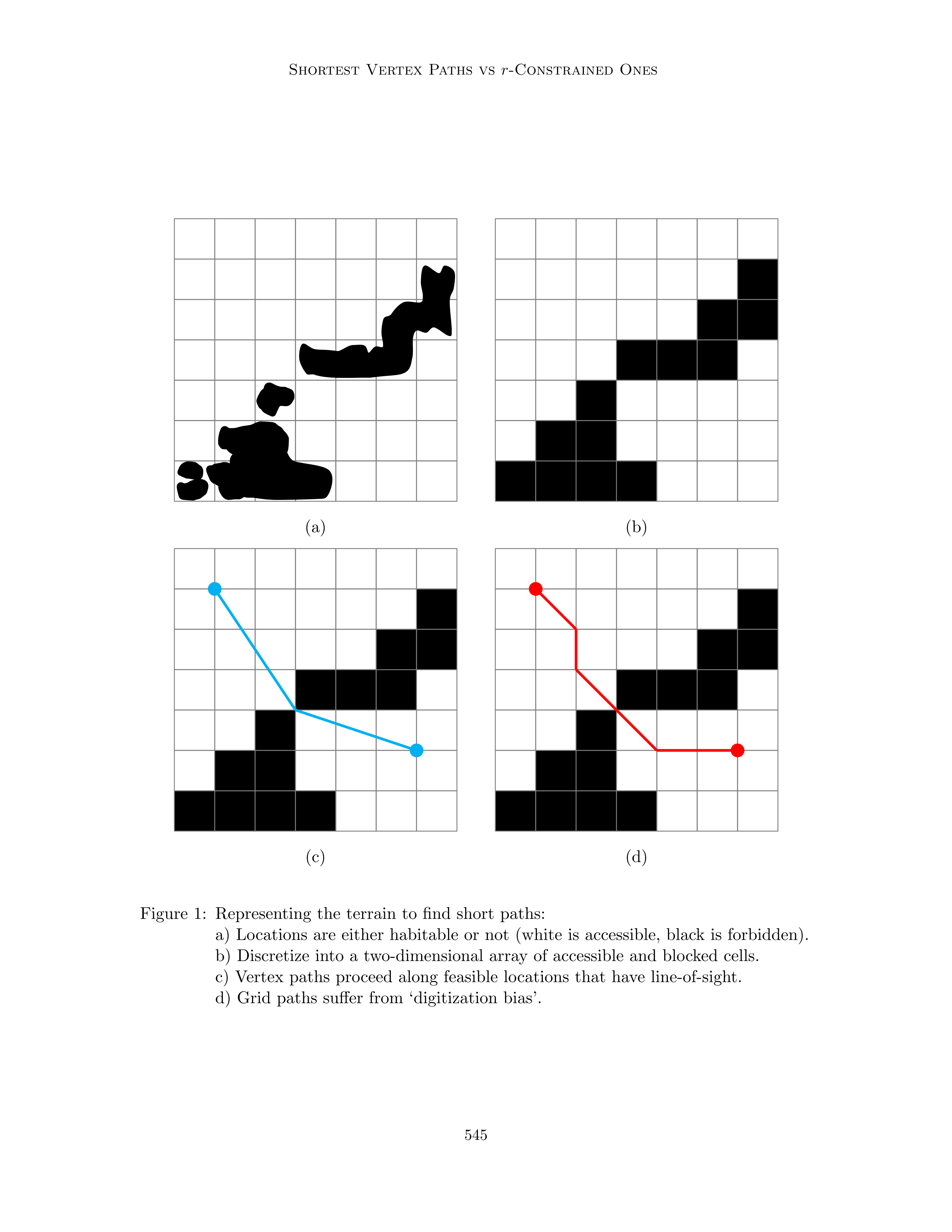